Although the Los Angeles Lakers managed to overcome a 17-point deficit in their game against the Detroit Pistons. The highlight of the game was Isaiah Stewart losing all his mind after LeBron James elbowed him in the eye. Followed by scenes of absolute chaos, the Pistons’ marquee player was seen trying to somehow get his hands on LeBron and went onto pish many officials down to the floor.

After many analysts and players opinionated upon the Isaiah Stewart and LeBron James fight, the former has finally broken his silence to reveal his true opinion upon the incident. To those who are not aware, both the players involved received suspensions from the upcoming game.

Isaiah Stewart stated, “I watched the film. Me, personally, like I said, I didn’t feel like it was an accident. But this is my last time addressing it. My main focus right now is on my team and my teammates, getting back to playing basketball. I’m not going to let that define who I am. I’m going to let what Detroit drafted me for define who I am and the way I play basketball.”

There were reports of LeBron James asking for Stewart’s number after the game, with the aim of apologizing for the same.

After that game, James revealed he agreed with the decision to suspend both players and he still defended his stance on not hitting Isaiah Stewart on purpose. But the Detroit Pistons’ player still hadn’t publicly spoken since, that changed today after Detroit’s defeat against the LA Clippers. 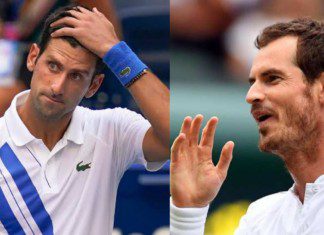 Nirmit Mehta - January 14, 2022
Novak Djokovic was dealt with yet another huge blow on Friday, as late into the evening, his Visa was cancelled yet again. The Minister...