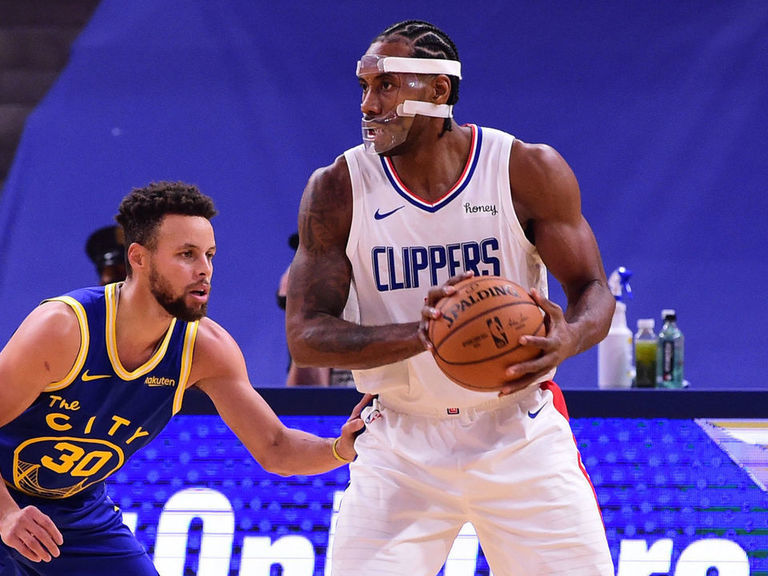 The Los Angeles Clippers’ talisman Kawhi Leonard faced an unfortunate evet after magical performance in game 4. The claw faced a setback in terms of injury that has now forced him out of the game. Kawhi Leonard was out with a knee injury that troubled him in the series. LA Clippers gave a befitting answer to the critics after winning 2 consecutive games at their home. This was also an answer to analysts who predicted Kawhi’s exit after the 4-0 straight loss. However, Tyron Lue’s team has silenced them all. Now with Kawhi Leonard out, Ty Lue has turned to bench for options.

LA Clippers star duo of Kawhi Leonard and Paul George combined for more than 62-points in the previous game. Kawhi was sharp with his shooting and passing. But the major advantage for the team was his defense. Leonard’s out reached arms intercepted passes forcing turnovers on multiple occasions. Now that he won’t be a part of the team roster for game 5 will be a huge setback for Clippers who look to take 3-2 lead in the series.

The Los Angeles Clippers announced Kawhi Leonard as out for Game 5 against the Utah Jazz with a right knee sprain. In his place, head coach Tyronn Lue has elected to start Terance Mann. Kawhi Leonard was initially optimistic about his availability for Game 5, saying, “I’m good, next question,” when asked about it after Game 4. He even traveled with the team for Game 5 and wasn’t listed on the injury report, but returned to Los Angeles after swelling in his knee didn’t subside as quickly as he and the team hoped.

As per sources, Kawhi Loenard suffered a sprained right ACL, but will be under scrutiny before any further announcements. The team talismanic player was the shooting strength for Clippers. With him out, a lot depends on Paul George. PG has also impressed with his clutch ability at crucial moments.

Kawhi Leonard’s replacement Terance Mann started six games in place of the injured Kawhi in the middle of April, when the Clippers star missed nine games due to right foot soreness. The crucial game has much to ask from the bench. They will be tested skin and bones being largely shorthanded.