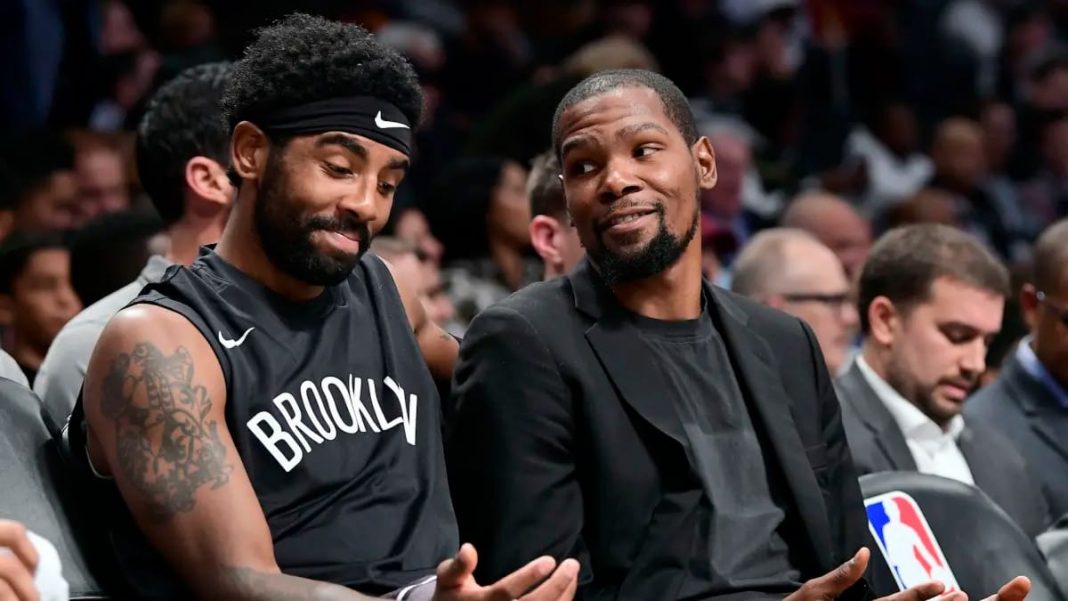 The Brooklyn Nets want Kyrie Irving “gone” and this time for good. The Nets star hasn’t played a single match this season due to his adamant stance over not taking the COVID vaccination. Irving signed a $136 million deal with the Brooklyn Nets for 4 years that give him $34 Million every year but so far he has been anything but serviceable to the Nets.

The 29-year-old is undoubtedly one of the finest point guards in the NBA but jeopardizing your entire career over something as trivial as an immunity vaccine doesn’t make you look smart.

Will Kyrie Irving be traded for Ben Simmons?

Kyrie Irving’s static stance has just made the NBA looks for the next better possible option and that is his trade. The NBA executives are heavily weighing the option of trading Kyrie Irving to the Philadelphia 76ers as it seems to be the only feasible option right now.

The Nets and Sixers could understand their situations very well as both of their stars players have not been playing after all the hype their trade made.

The Philadelphia 76ers are already dealing with Ben Simmons, who has refused to even practice with the team now. Ben Simmons wants an exist from Philly but Philly won’t let him go so easily as they know he’s their cash cow. Ben Simmons is stuck between his desire to leave and Sixers fancy of a multi-million dollar deal for his exist.

An NBA executive who remains anonymous told HoopsHype that,

“I would’ve said Philly legitimately made sense with the swap of Ben Simmons and Kyrie. That’s a team I could’ve seen who’s going for it and needs a scoring guard. That’s literally the only one I could see.”

As per the reports by HoopsHype, the front offices are “scared to death” to even touch Kyrie Irving. So, the only possible avenue for them to avoid this is to trade him as soon a possible.

Swapping players seems to be a legitimate idea at this point in time because both teams need players like them. The Nets may face completion for exchanging Ben Simmons as the Boston Celtics have also shown interest in exchanging the Philly All-Star with their guard Jaylen Brown.

The Sixers with an 8-4 score are relatively playing fine in the Eastern Conference but an addition of a seasoned player into the roster would only do well to them. The Brooklyn Nets, on the other hand, lost their game against the Chicago Bulls after winning straight 5 games. The roster’s inconsistent performance is a worrisome topic for the Brooklyn Nets.

The trade of Kyrie and Simmons wouldn’t cause a big dent as the rosters of both the teams have grown accustomed to not having them on the court and are doing just fine without them.

Will Kyrie Irving be traded or not, is still a question with no specific answer to it. The Brooklyn Nets are all ready to take on the Orlando Magic for their next game.

Also read: “It’s like we had a child”: Shaq and Charles Barkley Roast…

Also read: Watch: Markieff Morris and Nikola Jokic get into a dirty –brawl;…