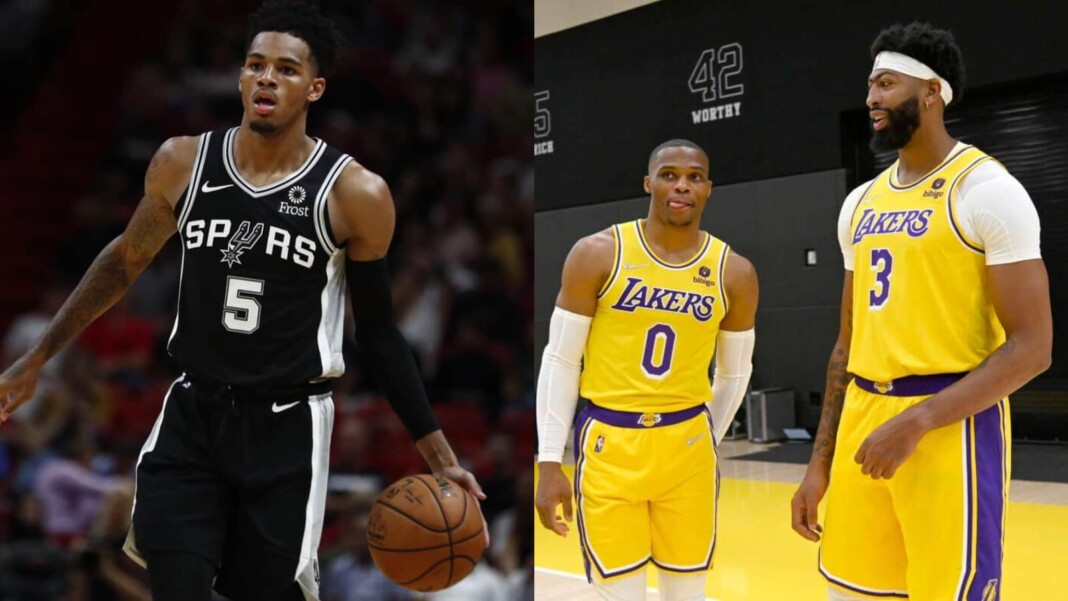 Get to know the LA Lakers vs San Antonio Spurs Live Stream and Prediction details. The Spurs will host the Lakers’ road game at the At&T Centre, Texas. Both teams are having a rough patch so far but the roster is what where lies the substantial difference.

The Lakers had a record of 0-6 in the preseason games but maybe the time will now start to change. The Lakers have their first win of this season against the Memphis Grizzlies by 121-118. The gap in the score isn’t too much. The distorted defense of the Lakers is vividly visible through the scores. The Lakers are selected as the top contenders for this season’s trophy becue of their star-studded roster. They have got LeBron James, Anthony Davis, Russell Westbrook, Carmelo Anthony, DeAndre Jordan, etc. They have got one of the best rosters in this season but the tables haven’t turned yet. The Lakers are still struggling to find an equilibrium amongst themselves because there is no spirit of team play.

The Spurs has their consecutive second defeat against the Defending Champions the Milwaukee Bucks in yesterday’s match by 111-121. Giannis Antetokounmpo scroed 21 points with 8 rebounds and 8 assists. Khris Middleton drooped 28 points 3 assists and 2 rebounds. For the San Antonio Spurs, the highest scorer remained Dough McDermott with 25 points, 4 rebounds, and 2 assists.

LeBron James undoubtedly is one of the biggest names this season. But now that his position as per the game against the Spurs is not confirmed it is going to be interesting to see how the Lakers will manage without their biggest star.

The LA Lakers Injury report has a new entry. LeBron James has injured himself on

For the Antonio Spurs Injury report:

The Predicted line for the LA Lakers is:

The predicted lineup for the San Antonio Spurs is:

When to watch the match?

The fans around the world can watch the LA Lakers vs San Antonio Spurs Live Stream as per the time zones they live in.

The match could be watched on Spectrum SportsNet or NBA League Pass. Also, the global fans can refer to the mentioned channel below to watch the LA Lakers vs San Antonio Spurs Live Stream.

The LA Lakers possess a higher chance at winning the game because of their players who love the dominant style of play both in offense and defense.  The Spurs are gonna compete against a team that is full of veterans. The Lakers are in a tricky position right now but it is surely not the one to be underestimated. They are named as the top contenders for this season’s trophy so taking them lighting is out of the question.