As the 2021regular season nears an end, many teams are to be left out from the post-season games. LeBron James led Los Angeles Lakers is one team that may miss out on playoffs this season. The team is just a game behind Portland Trail Blazers. Even if they, manage to win 2 of their remaining games, they will be completely dependent on Portland Trail Blazers’ game results. However, if they don’t make it to the playoff spot, they will end in the 2021 play-in format. This might limit LeBron James and co. chances to retain their title. As a matter of fact, LeBron James who is currently out with right ankle injury, is upset over this format. A lot of other players have also put forth their dissatisfaction towards the same.

So what exactly is play-in format? The play-in format was introduced last season during the bubble games. According to this, teams finishing at 9th and 10th spot will get an additional chance to clinch playoff position. These team will play against 7th and 8th seeded team of their respective conferences. They have a huge chance to overthrow these teams and get to 7th and 8th position. Notably, veterans and young players like LeBron James and Luka Doncic have criticized this format. While many players contended that the pandemic was over and there is no plausible reason to go with this format anymore.

LeBron James unhappy with the format

In a recent interview, Lebron James mentioned what he had on his mind. “It doesn’t matter at the end of the day if I’m not 100%, or close to 100%,” James said. “It don’t matter where we land. That’s my mind-set. If it happens we end up sixth or fifth, whatever the case may be, or we end up in the playoff, whatever that thing is. Whoever came up with that (expletive) needs to be fired. But whatever.” LeBron James, even mentioned that the person who came up with this idea should be ‘fired’. While Los Angeles Lakers are 7th ranked in the league, they are most likely to end up in a play-in format.

LeBron James; return has been under scrutiny. If he isn’t able to make his comeback on Saturday’s game, this may mean he needs more rest. But if the team lands up in the play-in, this Bron would have to exhaust himself over the injury. As a team layer, LeBron James would never let his team go out and play with a danger of elimination from the league. Play-in would also test the fitness level of the athletes. As soon as this format is over, the teams would be a part of playoffs and play without rest.

It is very plausible to see a veteran unhappy over this format. If an athlete exhausts himself with back to back games for survival, this will degrade their performance where it matters. LeBron James’ may have been right with his points but the league does not believe so. They carry out another reason with the play-in format. 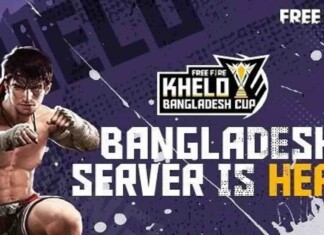 Abhisek Kumar Mishra - June 16, 2021
The latest country in the long list of regions to get their own servers is Bangladesh, which recently received dedicated servers. Here in this...

Anshuman Mahapatra - June 16, 2021
With the much-awaited Tokyo Olympics only a month away, athletes have stepped up their preparations. As India aims for a historic medal bounty in...