Anyone who was following the Kyle Rittenhouse verdict, would be aware that LeBron James was keenly following the trail and even accused the 18-years-old for ‘fake-crying’ during an earlier trail session in the court. While the concerned was found not guilty for injuring and killing a total of five men in Wisconsin during the protest of Jacob Blake, the LA Lakers superstar has finally revealed his true feelings upon the same after several NBA players revealed their frustration on the same.

Bubba Wallace’s tweet has since gone viral and it’s pretty much ignited a firestorm. LeBron James clearly agrees with Wallace here and the fact that the Los Angeles Lakers superstar himself shared the latter’s strong message on his own Instagram account only makes this tweet gain much more traction on social media.

Other personalities from in and around the NBA have likewise raised their concerns about the verdict. Golden State Warriors coach Steve Kerr labeled the decision as “scary,” while players such as Kyrie Irving, Karl-Anthony Towns, and Fred VanVleet, among others, have also blasted the court’s decision to clear Rittenhouse of all the charges against Rittenhouse.

The 36-years-old arguable G.O.A.T of basketball has often taken charge of leading various changes in society, be it with the Balck Lives Matter move or perhaps the Kyle Rittenhouse case. But yet with the 18-years-old walking out not guilty, it clearly shows the mirror of the judiciary system within the country, which was even pointed out players like Trae Young. 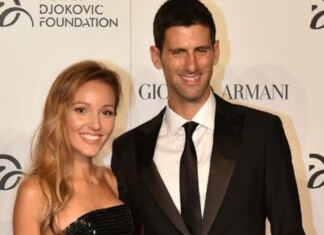 Drishti Geete - January 27, 2022
World No.1 Novak Djokovic has kept the social media buzz and news reporters busy for a long time since the start of the year....