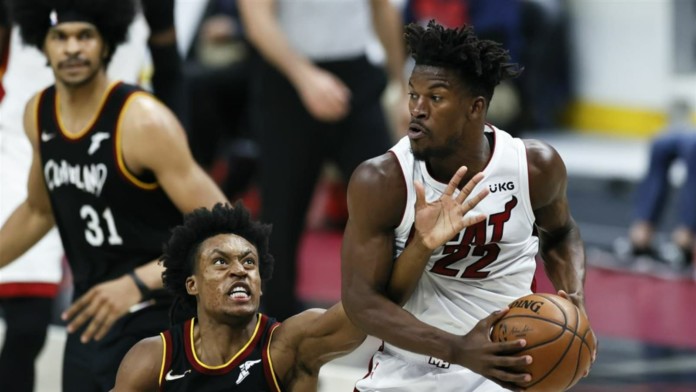 Read and know more about the Miami Heat vs Cleveland Cavaliers live stream. The Heat have been extremely dominant against their opponents proving that they are worthy of a title run.  They are currently the second seed in the Eastern Conference with a record of 13 wins and seven losses.

The Cavaliers had a great start to their season but have slowed a bit ever since losing Collin Sexton in a season ending injury. But there is still time for this young team to get to where they plan on. They are currently the 10th seed in the Eastern Conference with a record of 10 wins and 10 losses. Here is a preview to their seasons.

Jimmy Butler leads the Heat with 23.6 points, 5.8 rebounds and 5.3 assists as he ranks second in the league in steals with 2.1 steals recorded per game this season. Tyler Herro is a making a run for the most improved players and sixth man of the year award as he averages 21.8 points with 5.7 rebounds and 3.7 assists shooting at least 2.9 three per game. Bam Adebayo continues to dominate as their main defensive piece averaging a good 18.4 points and 10 rebounds per game. The team ranks top five in the league for points allowed and point differential.

The Cavaliers are much slower on the offensive end as they average just 103.1 points per game as a team. Darius Garland leads the team with 18.7 points and 7.1 assists per game making 2.6 threes on 7.3 attempts. Jarrett Allen is their main defensive player who is averaging 15.5 points with 11.2 rebounds, one steal and one block per game. Evan Mobley leads the team in blocks with 1.8 recorded per game. The team ranks fourth in the league in points allowed.

The injury report for the Cleveland Cavaliers has listed:

The predicted lineup for the Cleveland Cavaliers:

The Miami Heat vs Cleveland Cavaliers Live Stream of the match will be broadcast at different times due to the difference in the time zones.

Fans can get access to the Miami Heat vs Cleveland Cavaliers Live Stream on the official websites with an NBA League Pass and also on the following platforms.

The Miami Heat is favored to win this matchup considering the amount of experience holding the team together. The Cavaliers will have to elevate their offensive game in order to overcome the Heat, which includes proper off ball movement to create open shots. It is a game of intelligence that will help the Cavaliers beat the Heat.

Also read:Watch: Stephen Curry proves to be ‘too strong’ for own teammate after fiery chest bump in Warriors vs Clippers