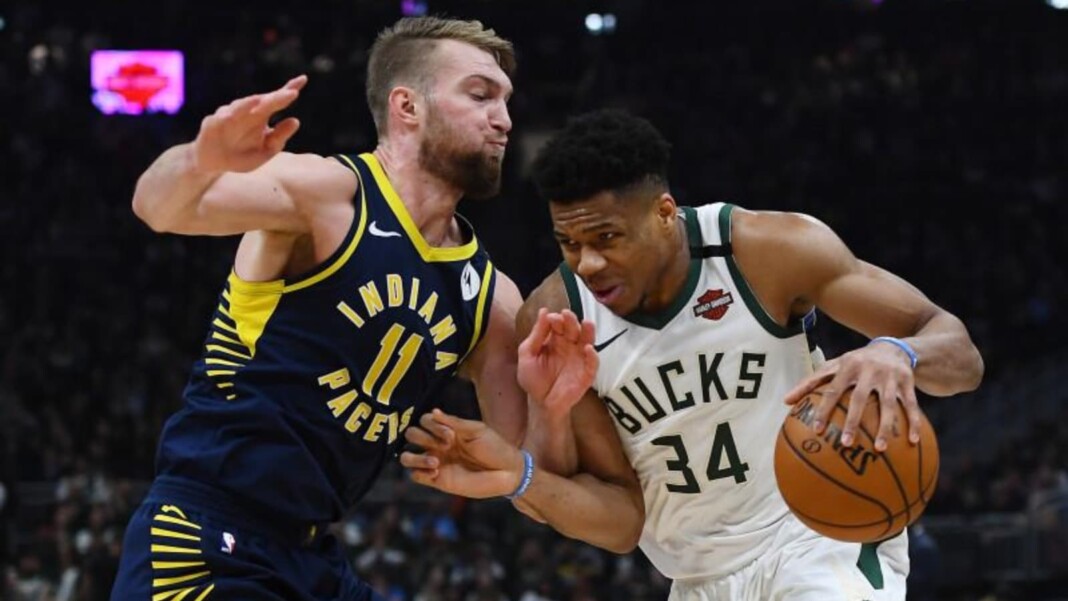 Read about the Milwaukee Bucks vs Indiana Pacers Live Stream and Prediction. The Bucks will battle the Indian Pacers in a road game. The Bucks are moving forward in this league with 2 wins and a loss. The expectations are huge from the defending champions. The Indiana Pacers have won with 2 losses and might be looking for a win to neutralize their stats.

The Milwaukee Bucks won their previous match against the Sa Antonio Spur by 121-111. Khris Middleton scores 28 points with 3 assists and 2 rebounds. The star, and the reigning MVP, Giannis Antetokounmpo scored 21 points with 8 assists and rebounds each. Jrue Holiday scored 16 points with 5 assists and 4 rebounds, The Bucks roster gave a nice performance but they can still do better. Their loss against the Miami Heat must have lest a scar that they’d want to avenge for soon. The heat beat the Bucks by a point differential of 42. The defeat was too much for the defending champs.

The Indiana Pacers are going 2 losses and 1 win in the league. After their consecutive losses in their first and second match, the Pacers finally tasted victory in yesterday’s match against the Miami Heat. Domantas Sabonis scored 17 points, 12 rebounds, and 4 assists. Michael Brogdon scored 18 points with 14 rebounds and 4 assists. The Pacers roster is starting to find an equilibrium but shooting remains one of their main concerns.

The players that will miss the match because of an injury for the Milwaukee Bucks are:

Jrue Holiday may play as his foot has been a concern for the Bucks. The other injured players are:

For Indiana Pacers the injury report has:

The predicted lineup for the Milwaukee Bucks is:

The predicted lineup for the Indiana Pacers is:

The match will be played between the Bucks and the Pacers on Tuesday, October 26th, 2021 at the Gainbridge Fieldhouse, Indiana at 4:30 AM (IST).

When will the Milwaukee Bucks vs Indiana Pacers Live Stream start?

The fans can watch the match on Bally Sports Wisconsin and Bally Sports Indiana or they can also use NBA League Pass to watch the Milwaukee Bucks vs Indiana Pacers Live Stream.

The global telecasters are:

The defending are the absolute winners of every match but the consistency shown by the Indian Pacers is also applaudable. But if one to choose would choose the Bucks. The Bucks have explosive defensive and offensive power thanks to Giannis Antetokounmpo. The Milwaukee Bucks vs Indiana Pacers Prediction is pretty easy to assume if done based on the facts and stats.