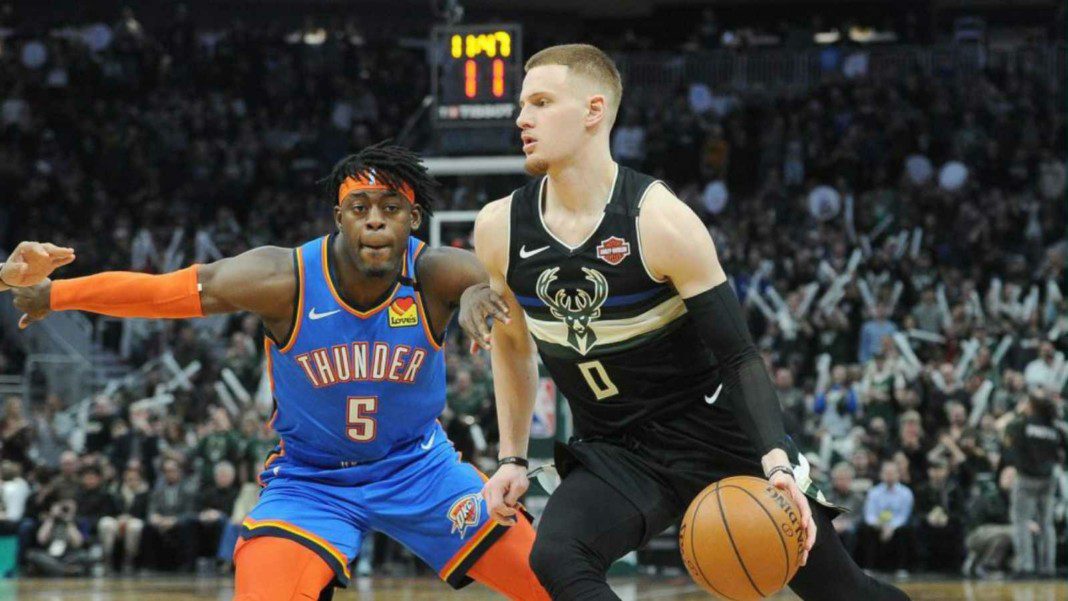 Read and know more about the Milwaukee Bucks vs Oklahoma City Thunder Live Stream. Two teams, two different pasts, one emerged champions and the other finished their season with a bitter taste of defeat. Right now the Champs are facing a low without a teammate on their side. The Bucks are now 11th in the Eastern Conference with a record of seven wins and eight losses.

The Thunder have had some bright moment so far this season after defeating the Lakers twice in the mix. They are currently the 10th seed in the Western Conference slowly inching their way higher. This team definitely has some exciting players to watch in Shai Gilgeous-Alexander and his scoring ability, Luguentz Dort with his defensive and rookie Josh Giddey overall performance. Here is a preview of both teams.

As a team, the Bucks average 107.9 points per game with shooting averages of 44.2% from the field, 35.3% from three and 73.2% from the line. Giannis Antetokounmpo leads the team with 28 points along with 11.1 rebounds and 5.8 assists per game. He is third in the league in scoring with a player efficiency rate of 31.93. Obviously having Khris Middlegon back is a huge relief as he was one of the main scorers on the team. He averages 19.4 points with 4.7 rebounds and 4.7 assists per game.

For the Thunder is it none other than Gilgeous-Alexander who leads them with 21.1 points, 5.1 rebounds and 4.6 assists. Josh Giddey has been great for the team as one of their main facilitators and he also shoots well from three at times. He is averaging 9.4 points with 6.9 rebounds and 5.9 assists per game.

This would unofficially be the second time both teams meet on the court as they played against eacg other during the preseason. The Bucks shot 54.3% from the field and 54.1% from three making 20 shots from deep out of 37 attempts.

The injury report for the Oklahoma City Thunder has listed:

The predicted lineup for the Oklahoma City Thunder:

The Milwaukee Bucks vs Oklahoma City Thunder Live Stream will be broadcast at different times due to the difference in the time zones.

Where to watch the Live Stream?

The Bucks are definitely a strong team especially now that Khris Middleton is back from isolation, it is possible to see a more aggressive team out of the Bucks. Khris is a very good shooter and has great scoring ability. He can also be a very good defender outside the paint. The Thunder obviously have potential but are they powerful enough to beat this champion team?

Also read:LA Lakers Call out Officiating of Anthony Davis during Lakers vs Bucks