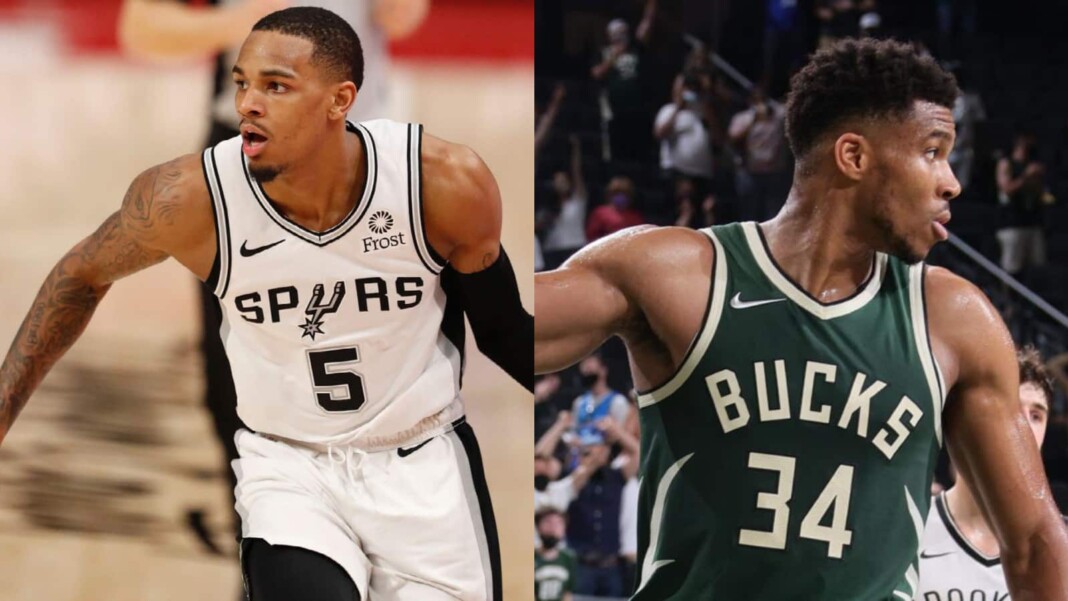 Get to know about the Milwaukee Bucks vs San Antonio Spurs Live Stream and Prediction, and enjoy the Match live.

The Milwaukee Bucks will be traveling to AT&T Center, San Antonio to compete with the Spurs.

Earlier in the day, both the teams met with a loss against their respective opponents. This will be their 3rd game of this season and both are looking for a satisfactory win to quench the loss thirst.

The defending champions the Milwaukee Bucks were beaten by the Miami Heat in a one-sided match. The Heats took over the match beating the Bucks by 137-95 in an outstanding match. The star of the evening, Giannis Antetokounmp scored 15 points, 10 rebounds, and 2 assists. He surely couldn’t dominate the fiery offense and defense of the Heats.

The San Antonio Spurs went on to lose their 2nd game of the season after winning the first one against the Magics by 132-97.  The Denver Nuggets beat the San Antonio Spur by 102-96, dominating all aspects of the game. Tough Keldon Johnson dropped 27 points, 4 rebounds, and 2 assists against the nuggets.

The Spurs have a lot to prove after being named as the least favorite team by the USA Today writer Charles Curtis.

For the Spurs, Zack Collins will miss the game because of an ankle injury.

The Bucks won’t have Jrue Holiday as he is still in a very unsure position because of his heel injury. The other players who will not play for the Bucks are:

The starting line-up for the Milwaukee Bucks is:

The Spurs predicted Line up is:

When to watch the Milwaukee Bucks vs San Antonio Spurs Live Stream?

The Milwaukee Bucks vs San Antonio Spurs will be broadcast on KENS locally. The fans can also refer to NBA League Pass to watch the games or the mentioned channels.

No matter how the Bucks have performed in their previous match, they have an edge over the Spurs. The reigning MVP continues to show his interest in attaining the titles again this year. His intentions make the Milwaukee Bucks vs San Antonio Spurs prediction quite easy.