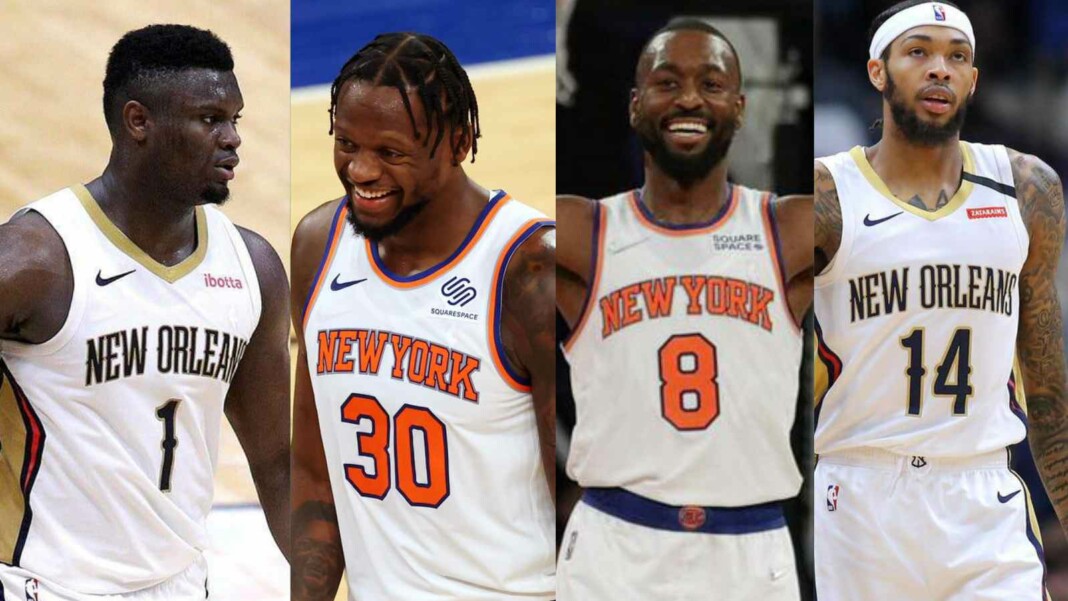 Read about the New York Knicks vs New Orleans Pelicans Live Stream and Prediction. The Pelican will host the New York Knicks’ road game at the Smoothie Centre on Saturday. The ironic thing about this match is the standings of each team in their respective conferences. The Knicks are leading the Eastern Conference with 4-1 whereas the Pelicans are at the bottom of the standings for the Western Conference with 1-5.

The New York Knicks are having one of the best openers this season, so far. With 4 wins in 5 games have solidified their top position at the Eastern Conference’s score Table. The Knicks battled with the Chicago Bulls in a very head-to-head match. The Bulls have shown incredible performance as well which made them earn the title of “The Most Improved Team” this season. The Knicks beat the Bulls by a point difference in 105-104 games.

The Bulls dominated the last quarter with an 8 point difference but couldn’t hold the victory till the finish line. Julius Randle for the Knicks scored 13 points with 16 rebounds and 9 assists. RJ Barrette also dropped 20 points, 3 rebounds, and an assist for the Knicks.

Since the beginning of the season, there hasn’t been any win for the New Orleans Pelicans. They started the season with back-to-back three losses. And, only won against the Minnesota Timberwolves before going back to losing again. They lost two games consecutively after that. They faced the Sacramento Kings in yesterday’s match. The Kings beat the Pelican by 113-109. Jonas Valančiūnas scored 24 points, 13 rebounds, and an assist for the Pelican. The Pelicans’ Point Guard, Brandon Ingram dropped 22 points with 6 assists and 6 rebounds. The Pelican had the 4th quarter in their hands but the difference created in the last three quarters was too much to be covered. The Pelican fell short by 4 points.

The Pelicans have potential but their execution of shots is less than 50% accurate. They need to shoot more and have a proper ball rotation to create spaces in their opponent’s defense for attacking.

The injury report has listed these players for the New York Knicks:

The injury report has listed these players for the New Orleans Pelicans:

The Predicted starting Line-up for the New York Knicks is:

The Predicted starting Line-up for the New Orleans Pelicans is:

The match could be watched on Bally Sports – New Orleans and MSG Network. The fan could also watch the match on NBA League Pass. The global fans can tune in to the below-mentioned channels to catch the New York Knicks vs New Orleans Pelicans Live Stream.

The Knicks have won their last two matches and would surely want to win their third game as well and simultaneously keep the top position on the Eastern Conference Team Standings. Knowing the stats, it’s easy to do New York Knicks vs New Orleans Pelicans Prediction. The Pelican need to have a plan to break into the Knicks’ defense or they will be in no option but shooting. The Pelicans should stick close to close-range shooting or drive-ins. The odds are against the Pelicans but they can always put up a fight and turn the table 180 degrees.