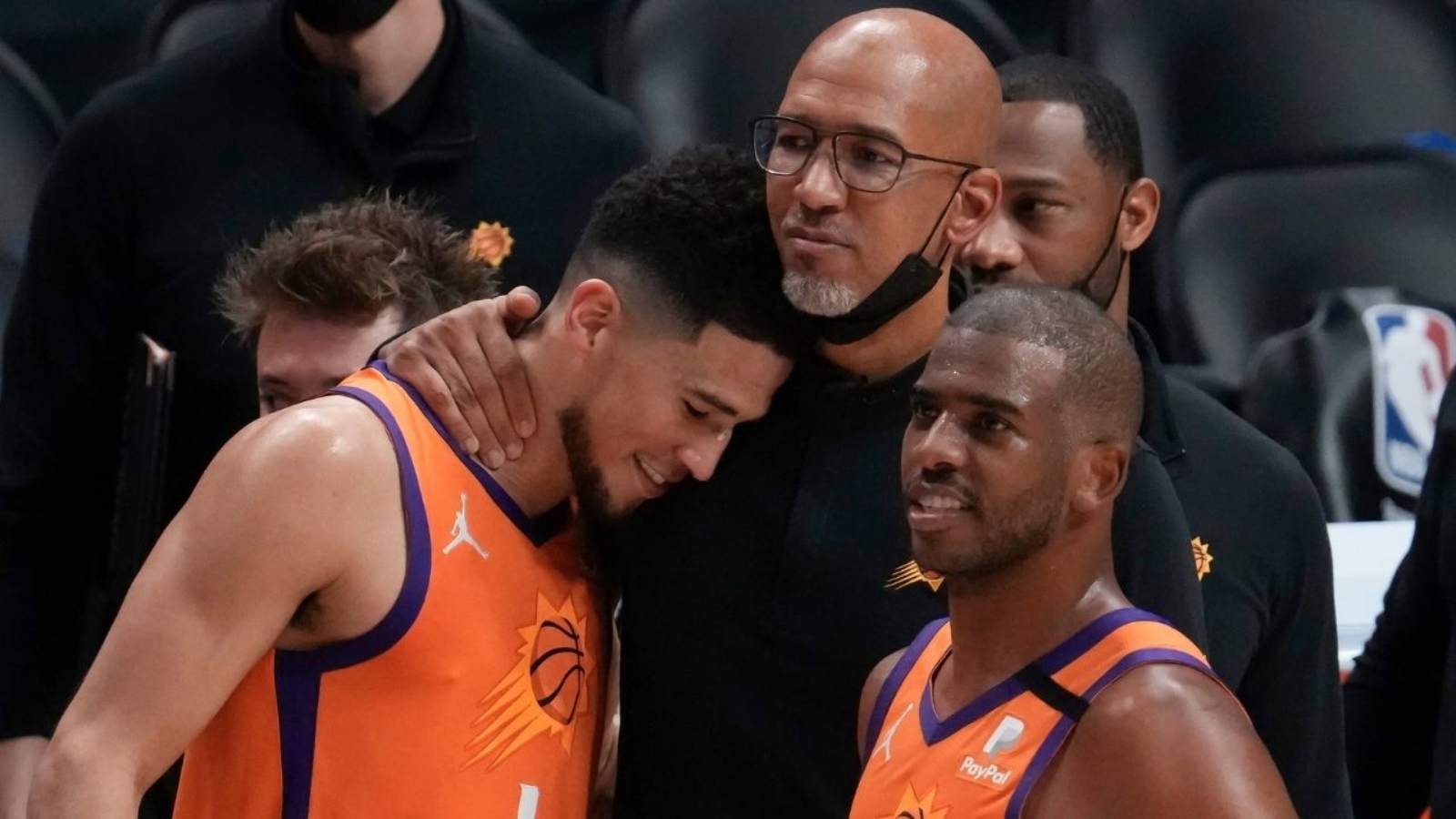 It seems like happy days have finally arrived at Devin Booker’s Phoenix Suns camp, with the highest individual awards. To those who are not aware, Monty Williams has been awarded the honor of NBA’s Coach of the Year. This come after Phoenix Suns players, for two years, have expressed their believe that he receive the honor .

“I’ve often said about my life that God knocks the ball out of the park and I get to run the bases,” Williams said. “Yeah, my name goes on the plaque, but my name represents a lot of names.”

The 50-year-old Phoenix coach won the award after leading the Suns to a franchise-record 64 wins during the regular season and guiding the team to wins during tough competitions in the playoffs. They were the league’s best team at the end of the regular season. To add to the 64 win record, they finished with eight more wins than any other team.

Also read: “Trying to be Miami’s Drake” DJ Khaled gets hyped only to…

Last season he was a runner-up to to New York Knick’s Tom Thibodeau. But this season Williams, in truly deserved fashion, was the runaway winner this time. He received 81 of 100 first-place votes from a global panel of 100 sportswriters and broadcasters, finishing with an impressive 458 points. Memphis’ Taylor Jenkins was second with 17 first-place votes and 270 points. Miami’s Erik Spoelstra and Boston’s Ime Udoka also received a first-place vote.

Williams is known for his calm personality and calming presence at the bench and on the sideline. He is also applauded for his ability to manage tight relationships with players. He was brought to Phoenix in 2019 to rebuild a franchise that had been among the worst in the NBA over the course of previous decade and he delivered, especially once 12-time All-Star point guard Chris Paul was signed with the Suns in 2020.

“It’s probably more important than everything that we do, from the X’s and O’s to the drills, to even playing games,” Williams said. “I’ve probably lost out on jobs because people thought I was more interested in the relationship piece than the competition piece. I think they both go hand in hand.”

Paul and fellow All-Star guard Devin Booker both posted on social media that Williams had won the award, congratulating him, even though no official announcement has been made.

Phoenix bagged a franchise-record of 18 consecutive games from October 30 to December 2, which also includes a 16-0 record in November. Williams led the Suns to the NBA Finals last season, where they unfortunately lost to the Milwaukee Bucks in six games. They are currently in the 2nd round of playoffs and look to be a strong championship contender from the West.

“We all want to win a championship, and yet there are some things we do along the way that you can try to enjoy to the best of your ability,” Williams said. “But you’re still focused on how you get there. It’s these opposing deals at times. You want to enjoy it, but you’re pounding the rock.”

Also read: “What are you doing at home?! Are you going to Cancun?!”…

Mohnish Mishra is an NBA writer for Firstsportz. He has been following the league since 2013. He is a fan and admirer of Stephen Curry. Other than basketball, he is an automotive freak and loves cars and Formula 1. He also has a passion for astronomy and technology.