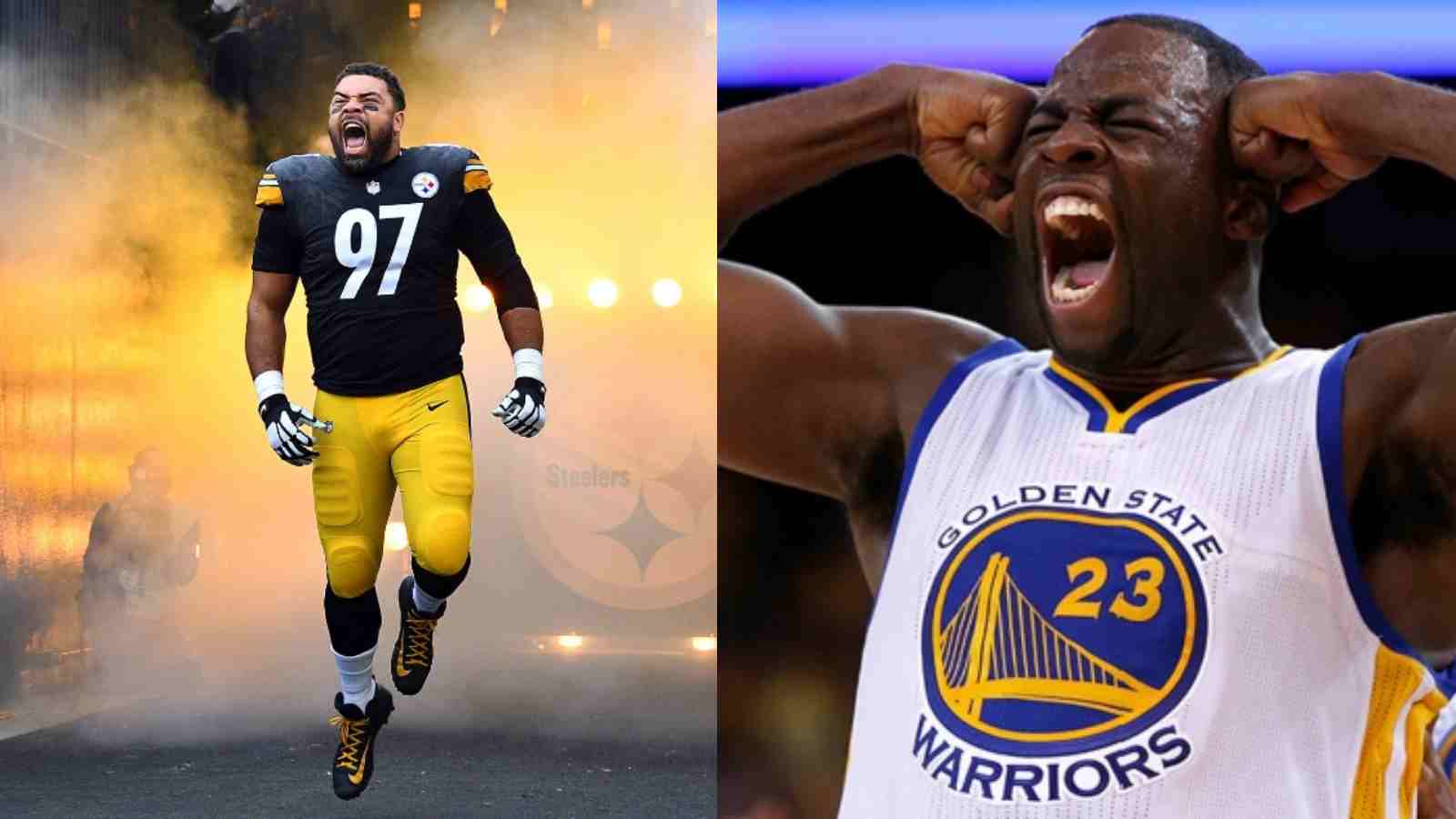 Draymond Green is back in the NBA headlines as recently he had a solid chance to show out the world his boxing skills in a celebrity match-up. As his name got called out by Pittsburgh Steelers defensive tackle, Cameron Heyward. In an interview when Cam was asked about a good boxer for his competition out of football. He came up with the name of Draymond Green after he was suggested Zion Williamson and other strong power forwards from the league.

Watching Draymond Green box out will really be worth it and interesting. As that will be the first time we will get to see his real toughness. As in the ring, he won’t be that limited like he is on the hardwood. But again he has brains and is playing it safe. So, unfortunately, we aren’t getting to see him in the ring anytime soon as he denied the call out and made a different proposal instead.

Also Read: “Watch your mouth” Shaquille O’Neal and Patrick Bet-David throw shades at one another on Live TV after sharing all-time starting 5

Draymond Green on getting in the ring with Cameron Heyward

Cameron Heyward wasted no time and brought up Draymond Green when asked about a power forward he can fight. As that would be a firm boxing match. But he also added: “But I am not trynna fight Draymond so you know…” But Cam liked the idea of the former DPOY selling a lot of tickets as he is good at talking and especially sh*t-talking, also he can help set up the whole fight as he really is the guy with a big bag and sources around.

Responding to it via a tweet from his personal Twitter handle, Draymond Green wrote: “I definitely will do all the talking big fella… as the promoter! I’m not getting in anyones boxing ring… NO SIR!!! Go Steelers! 1-0” There’s no doubt about Green being one of the best promoters out there. But still, instead of taking care of the business, many fans want him inside the ring so they can test his toughness. As they are already out with trolls and memes for him. Find some of the many reactions posted by fans on social media platforms here below:

Also Read: “I won’t say more than that” – NBA All-Star Donovan Mitchell reveals how CLOSE he was to joining New York Knicks

Also Read: “1000 IQ” Goran Dragic shows why he is one of Europe’s best-ever players with explicit play in EuroBasket 2022