“I know Mark Cuban doesn’t like this,” Jason Kidd gets brutally honest on Jalen Brunson’s $104 Million exit from Mavs 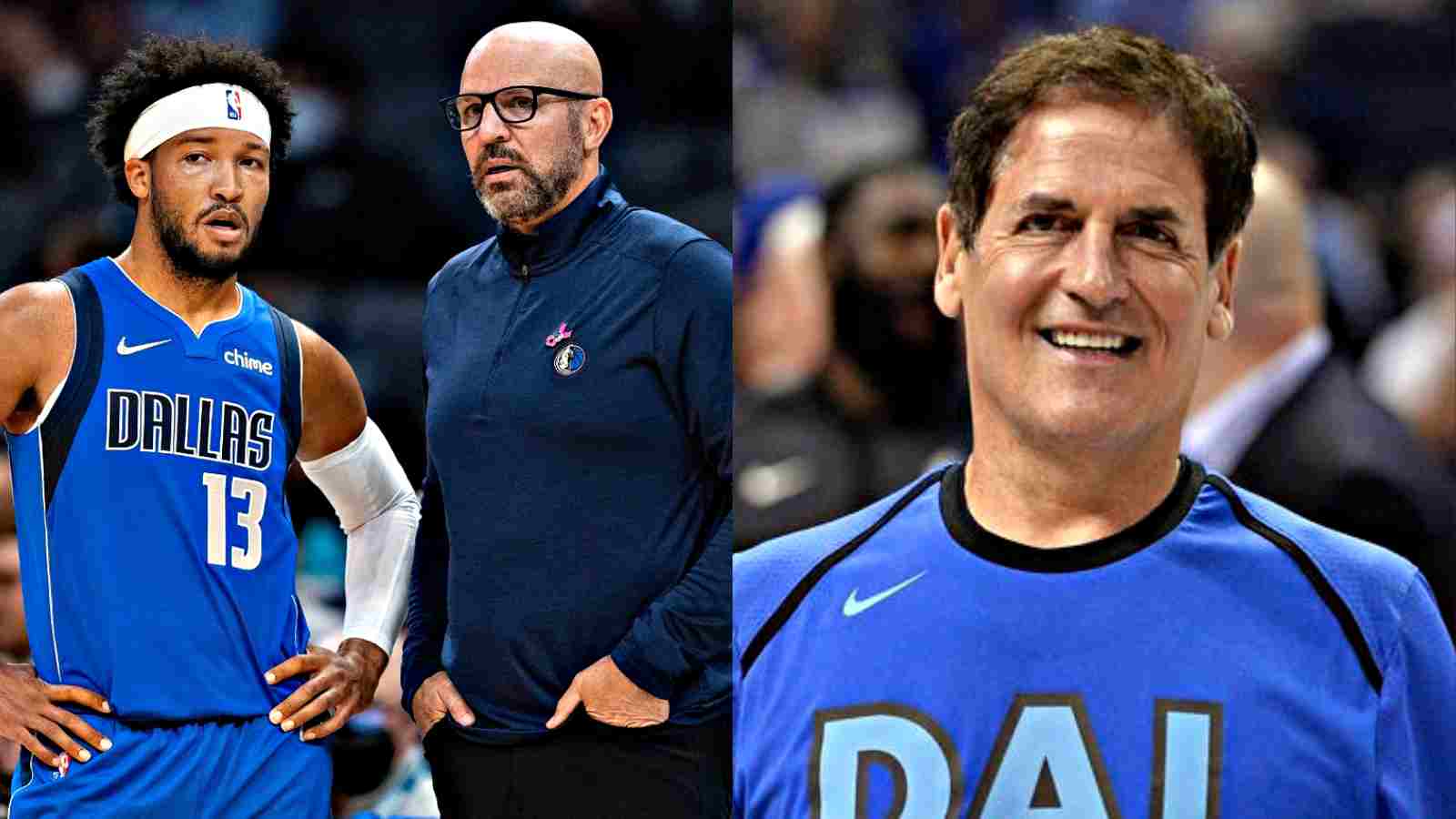 Last season, the Dallas Mavericks had an incredible run to the Western Conference Finals. The contributions made by Jalen Brunson along the road had a huge impact on the outcomes. However, Brunson’s imminent free agency exit loomed even though he contributed to the Mavericks’ longest playoff run since their 2011 NBA title.

Jason Kidd, the Hall of Fame point guard, may be responsible for Jalen Brunson’s new four-year, $104 million contract with the New York Knicks. Was it a coincidence that Brunson, a second-round selection by Dallas in 2018, had a career year and a great playoff run with Kidd in his first season as Mavericks head coach? Brunson averaged 21.6 points, 4.6 rebounds, and 3.7 assists in 18 postseason games. Needless to say, Kidd is very delighted with the outcome of Jalen Brunson’s deal with the Knicks

When asked about how he felt about Jalen Brunson joining the Knicks, this is what team owner Mark Cuban had to say “It really wasn’t about the amount of money, we really didn’t get a chance to make an offer. It was Jalen’s choice. And I understand it. He knew those guys his entire life. He grew up there. It makes perfect sense.”

Cuban does not believe Brunson made his decision for financial reasons. He will be able to launch his new team’s half-court offense, play for a coaching staff that includes his father, and play in the country’s largest market. “No hard feelings,” Cuban said. “I wish him nothing but the best. You bust your ass and you have that choice. He deserves it. It happens. It’s the way this league works. It’s a business. You trade a player; you say it’s a business. You lose a player. It’s a business. It’s just the way it goes.”

As for Jason Kidd, he was ecstatic with the fact that a player coached by him landed such a big deal, speaking on the matter he said “The biggest thing is I’m happy he got paid,’’ Kidd said on the “All the Smoke’’ podcast. “He helped us. I know [Mavericks owner Mark] Cuban doesn’t like this, but I love when I can get a player get paid.’’