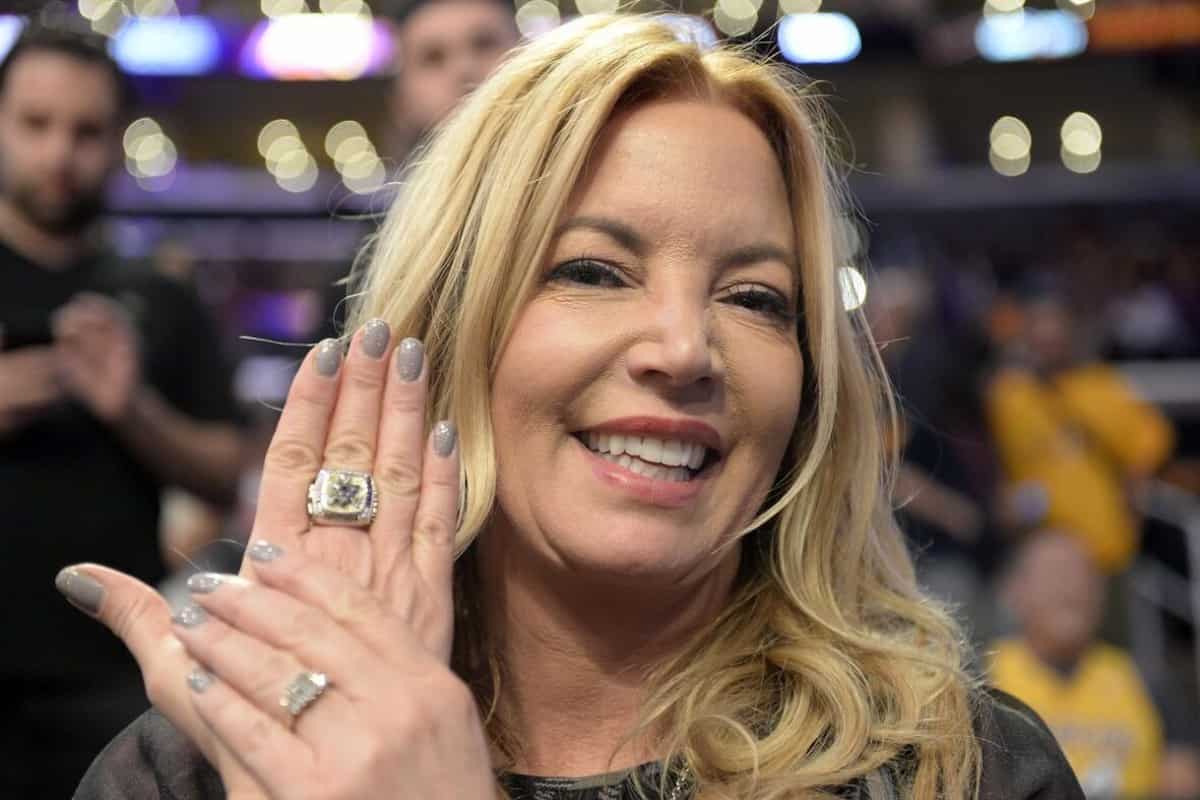 Jeanie Buss, the owner and president of the Los Angeles Lakers recently made it to the NBA headlines. As discussing the ticket distribution she being the owner of the team has to do even though she isn’t bound to it, she revealed how she has used those to meet famous personnel and her favorite celebs and how the tickets have proved to be advantageous for them. Jeanie Buss as of now though is going through some serious struggling times in the league, as the Los Angeles Lakers just had a terrible season and are now also stuck in the offseason. But that hasn’t limited her from impressing the legendary fans of Los Angeles. As she is out there and making sure they are entertained and still sticking with the team knowing that they are a part of the greatest franchise in the NBA which looks forward to getting the job done once again.

Recently, Jeanie Buss appeared on ‘Jimmy Kimmel Live’ to promote the about to release documentary film called: “Legacy: The True Story of the Los Angeles Lakers”. She discussed the film, history of the team and her late father Jerry Buss. Jeanie Buss also had many stories about the celebrities who show up for Lakers Games in the arena. As L.A is the city of celebrities and they are often found sitting courtside at the games enjoying some great basketball. Jeanie Buss when asked by the guest host Desus Nice, about the person that asked for tickets and had her impressed. She unexpectedly replied with the name of a pop artist.

As Jeanie Buss answering it quoted: “I was a big fan of a guy by the name of David Cassidy who was like you know this generation it would be their Justin Bieber. He’s a pop star and he called me and because it was David Cassidy I got him seats on the floor. The next day he sent me the most beautiful flowers and I really appreciate the flowers and he said no you don’t understand by sitting on the floor at a lakers game I got a new record deal.” David Cassidy really minted a bag sitting on the floor seats at the Lakers game and also impressed the owner as she was a big fan of him. That’s what L.A really is and Los Angeles Lakers are really one of the most important parts of the city and culture there.

Also Read: “She has to put a smile on Bron’s face” Stephen A. Smith believes Jeanie Buss’ number one priority is to make LeBron James happy

Can Jeanie Buss-owned Los Angeles Lakers bounce back next season?

The Jeanie Buss-owned Los Angeles Lakers can surely bounce back next season and even get the job done. But they’ll have to make sure correct adjustments are made in their terrible veteran roster. And, LeBron James has a great supporting cast which is healthy and can build good chemistry. They’ll also have to make sure that there is enough mobility on the team for the system to run smoothly. With the offseason going on, they’ll have to hit big on talent in the market like Kyrie Irving and Donovan Mitchell if they really want to ship Russell Westbrook across the league. The Lakers now will be running a new system with some new faces so it’s fair to say that, the coming season will be a different one and they can get themselves into the contender conversation once the league is back.

Also Read: NBA History: All 3 players who have had their jersey retired by a franchise they didn’t play for