“Your time is gonna come….have patience dummy” Jerry West CHOKED Shaquille O’Neal to teach him a lesson about patience 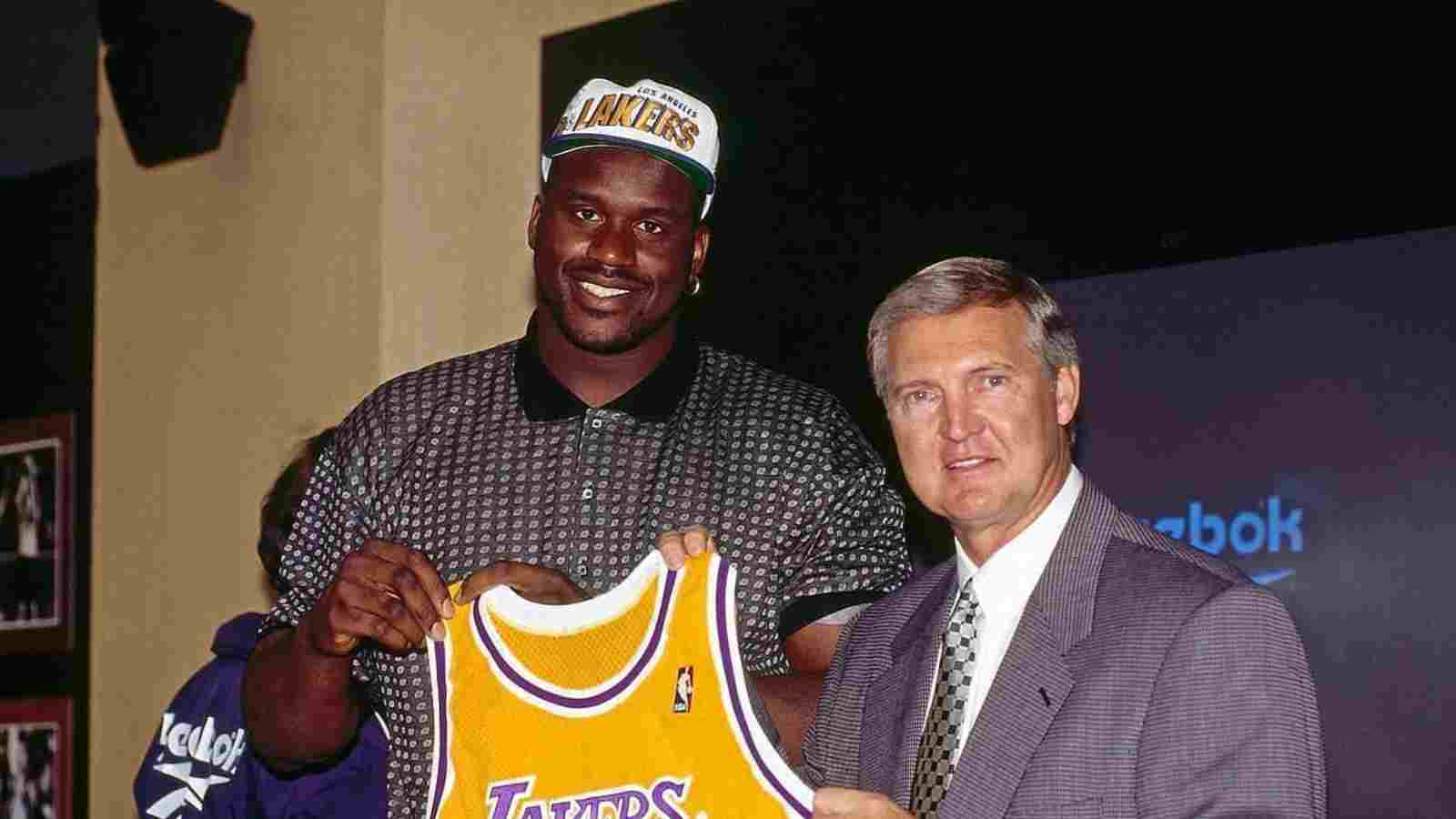 Shaquille O’Neal is a hero to many and a world renowned celebrity. His time as an NBA player saw some of the league’s most dominant moments. Standing at 7″1 feet, he was very agile and could easily score the basketball playing bully ball with the smaller defenders.

The Big Diesel was a very efficient scorer of the ball. He averaged over 25 points per game for an entire decade thus making him one if the top leading scorers in NBA history. Playing alongside Kobe Bryant, he won two titles with the Los Angeles Lakers before taking his talents else where. Shaq was a scary figure in the paint especially because of his size.

Despite winning four championships and several accolades, Shaquille O’Neal never witnessed the sense of winning earlier when he first joined the Lakers. He recalled an interaction with former General Manager Jerry West physically challenging him. “I’m in the bathroom and I’m tearing a bear from up. I ripped three urinals out the wall, I ripped two toilets up, I ripped a couple of toilet doors, and bust up a big color TV.”

“Jerry West comes in, ‘What the f were you doing’ and I’m like I’m tired of losing, so he grabs me like right here and pins me up. I guess he came in to address the team, but he heard me and then he just came in like a gangster. He’s just pinned me and said, ‘You dummy, I went to the finals seven times before I won, your time is gonna come.’ So I was like the great Jerry West once lost seven times before he won one. I don’t feel so bad.”

The great Jerry was always a hot head and had a reputation of being short tempered. But this was not West’s fault. Shaquille O’Neal once revealed an incident with his dad who he believes taught him the biggest life lesson ever. In this story he also hinted towards his tendencies of being discouraged easily.

“After a game I went home and said hey man, I couldn’t handle the pressure and he was upset he takes me in a car early next morning… then we watch a homeless family…family he used to take care of.” His father apparently replied saying, “You spoiled brat you gotta big house you got cars you fly private I never wanna hear it again…Pressure is when you don’t know when your next meal is coming.. and after that I stopped complaining.”