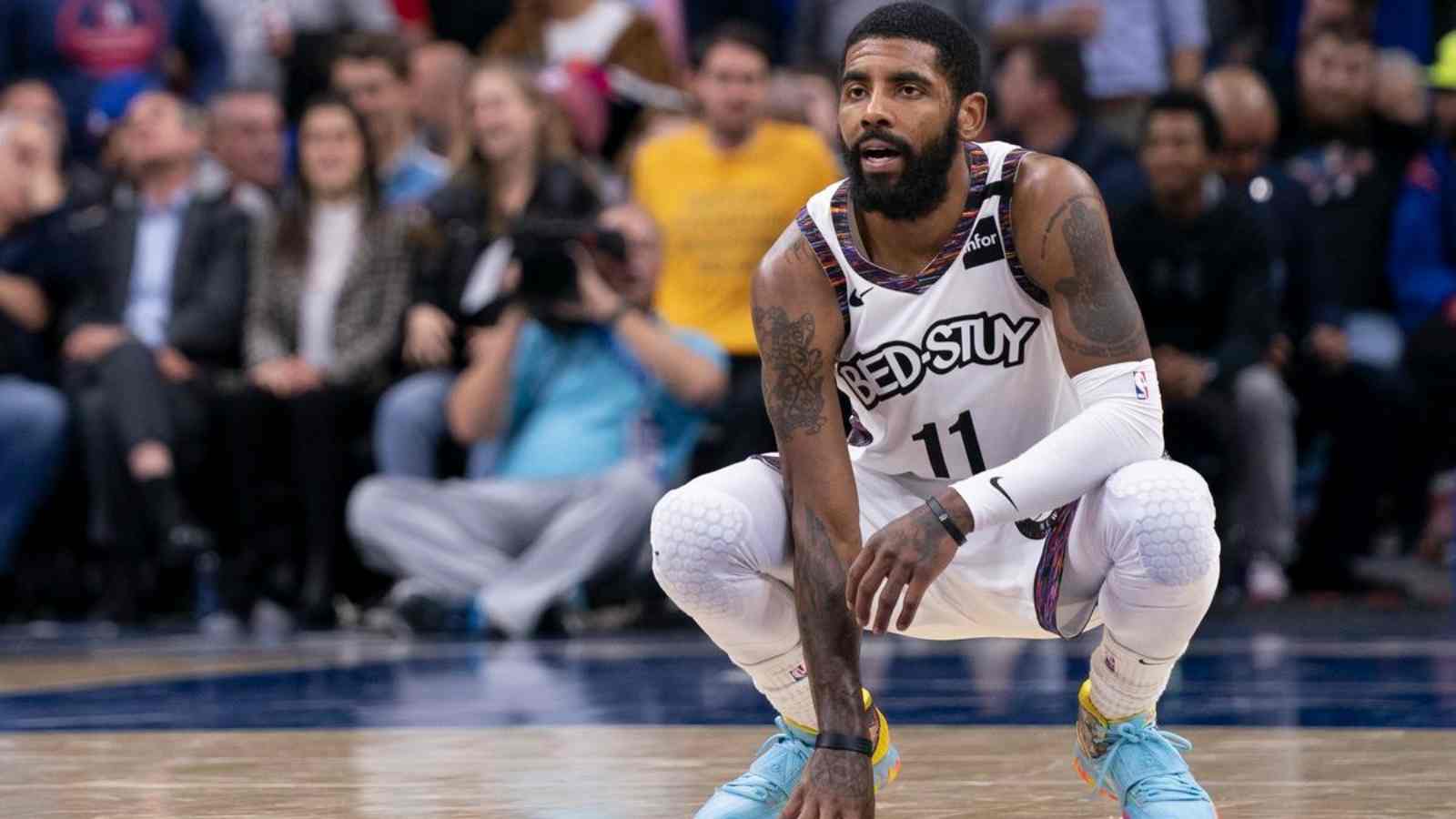 Kyrie Irving has made his way back to the NBA headlines as he finally opened up about getting swept by the young Boston Celtics. The Brooklyn Nets really had no chance while going against the Jayson Tatum and Jaylen Brown led Boston Celtics. As they were just better overall and even locked KD up with very limited scoring. Kyrie Irving though tried his best throughout the series to get over them but always failed to do so as the team was really out of form and running low on defense and chemistry.

The sweep didn’t just wrap the season up for them. But almost broke the team too. As Kyrie Irving was listed in the market and even Kevin Durant made the best possible efforts to force his way out and bounce off the team. Kyrie Irving never gave a reaction to the media about getting swept in the playoffs for the first time. But recently he joined the Boyz Night and there on the stream, he said it all out.

Kyrie Irving speaking about getting swept by the Boston Celtics quoted: “It was meant to happen like that, motivation bro. We needed that humbling experience, especially going against the Celtics. It was already built to be that matchup. We gonna see them again, we gonna have to.”

After taking a shot at the Celtics and warning them for the coming season, Kyrie Irving also appreciated his former team. As he said: “They’re gonna be where they gonna be, but those young ones in Boston bro, I got to see them grow up. To see them do what they did last year, on the Finals stage, making it that far, I’m glad they had to go through us.”

The Brooklyn Nets though now look like a complete changed team with Kevin Durant and Kyrie Irving committed to win it all and bring the franchise a title. As both, the superstars are locked in right now and will be returning with improvements made. Also, Uncle Drew won’t be missing any more games as he’s free to suit up and the only concern now is his availability.

Also Read: “SHOCKING” Juanita Vanoy dated another Bulls player, who Michael Jordan had no idea about

Can Kyrie Irving lead the Brooklyn Nets to a title?

Kyrie Irving really has the potential to lead the Brooklyn Nets to a championship. He is the most skilled guard out there and a complete offensive unit with every move in the book. The only concern is him staying healthy and being available for the team. As Kevin Durant can’t get the job done and needs him to come up stronger on the supporting end.

The Nets in their big three now also have Ben Simmons and the roster they have at the moment is undoubtedly capable for winning a championship. But the eastern conference isn’t soft any more and they’ll have to face off against some real competition. So it’s really necessary that Kyrie Irving and Kevin Durant trust the system and build up the broken bridges with management if they want to lead the Nets to the NBA Finals.