“I’m not here to f**k around,” LeBron James reveals how he and Tom Brady are ‘out there’ only to win championships 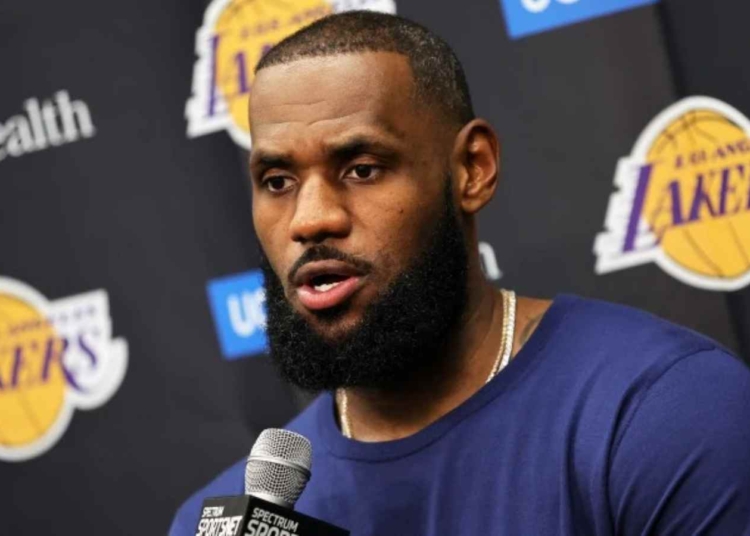 The Cavs defeated the Lakers 102-116 after trailing in the 3rd quarter. Anthony Davis did start the game but had to leave early in the first quarter of the game. Reportedly Davis was suffering from flu-like symptoms. Although the Lakers were leading in the fourth quarter the Cavaliers took the lead behind Donovan Mitchell’s 43 points performance.

James scored team-high 21 points in-front of the crowd who crowned him The King. Both Russell Westbrook and Dennis Schroder scored 16 points each in the loss. Lakers shot only 42 percent from the field and their three-point shots which had been surging high dropped to 16 percent in the game against the well-constructed and defensive-minded Cavaliers team.

Speaking about the Lakers and James’ championship expectations amid the downfall that the Lakers have seen this season, LeBron said he is still playing for another championship. James brought up Tom Brady’s example and said that he wasn’t just messing around and is fully focused on winning another championship. “It would be different if I wasn’t still in championship mode, but I’m still playing at an incredibly high level…I’m not out there to f**k around. What would I do that for? Me and (Tom) Brady. We’re the same people. We out there for championships.”, James said, as reported by The Athletic.

Despite being 45, Tom Brady has continued playing for the Tampa Bay Buccaneers and is dedicated to winning another championship after winning one in 2020, when Brady was 43 years old. LeBron also won the championship in the same year with the Los Angeles Lakers at 35 years old.

So far into the season, if there is anything that is as crystal clear as anything, is the fact that they are not yet the championship team. Anthony Davis has been the best player in the last week of the NBA games and was declared Player of the Week, expecting him to continue this stretch throughout the season would be a lot to ask from the Laker star. Playing at a high level for 82 games would seriously have an effect on his health going into the postseason, given that the Lakers wants to qualify for the playoffs.

After looking at the Lakers’ poor roster construction, expecting them to seriously win a championship is perhaps too much. Not one player can carry on the offense of the Lakers in absence of Anthony Davis and LeBron.

Russel Westbrook though has gained his passing forte; he is yet to even scratch his offensive game. Lonnie Walker IV has shown his offensive excellence in some of the games, but he has been inconsistent with his performance.

In order for them to have any shot at the championship this season, the Lakers do need another elite scorer on their roster. As reported by Adrion Woj, the Lakers are unwilling to give up their 27 and 29 draft picks unless it was for an All-Star player, which largely closes their championship hopes this season.