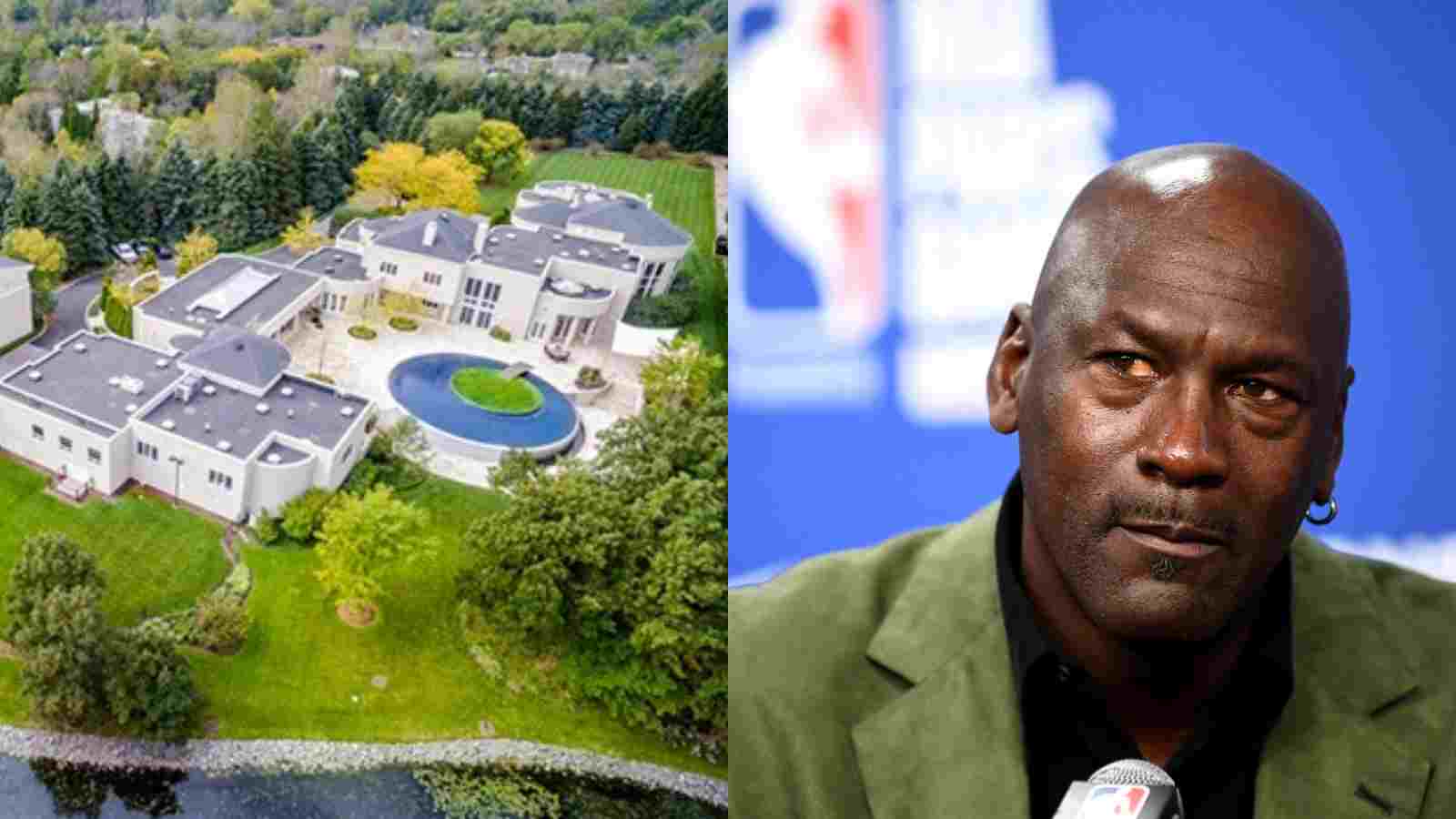 Jordan and his $50m home

NBA’s first billionaire Michael Jordan is trying to sell his multi-million mansion in Chicago but is hardly finding any luck in it. The house has been on the market for a long time and the price drops as time passes by. Moreover, the same home is still without any interested buyers in the vicinity.

The Highland Park, Illinois property has been on the market since 2012 and the bid to sell the property has largely been a failure for the former Chicago Bulls star. The 7-acre Jordan property is decorated with excellent landscaping, green trees, a forest, and the pound reserve for fishing. The total area of the house is 56,000-square-foot.

The luxurious house features 9 bedrooms, 15 full bathrooms, 4 half baths, and 14 car garage. Furthermore, this property also features a full-size basketball, which Michael used to play sometimes with his friends and players from Chicago Bulls. The house has multiple designs of Jordan’s career and hobbies highlights, it also features Air Jordan logos and his famous No. 23 front gate that guards the property.

Jordan has put retailers on the job to sell the house as soon as possible. In a recent video, the retailer was set up to show around the house and give a better tour of the hours. If anyone wasn’t impressed by the hour tour and the design of the house, it was Content creator xQc. He had plenty of criticism when it came to the tour and the video recording.

As explained by the tour guide everything within the house was included in the price of the property and goes to the buyer according to it. xQc wasn’t convinced by anything the tour guide was saying and simply said Jordan wanted to get rid of the house as soon as possible. “It’s a simple concept, he wants to get rid of the house. He just wants to sell it, nothing about it anymore.” As he went on ripping apart the design (perhaps unnecessary) of the house, xQc said, “This is shit, it is all bullshit, it’s all dog shit.”

xQc further explained the reason behind his frustration. He was not only unhappy with the designs that predominated the house but also with the way the video was shot for the viewers to watch. “You can’t sell the house that people are not gonna buy it…. making things visual for people is very difficult,” he said.

The same content creator went on a tirade explaining why he believes the property hasn’t been sold yet, as he bluntly remarked, “All these rooms, I don’t want to be in them. They’re garbage.”

According to xQc what lacked in the house was the feeling of a ‘home’. It is important for the buyer to be able to see themselves living in the home.

“People don’t see what you see.. nd they don’t even see their own vision for things. They wanna see themselves living in it.” He added, “You want them to see what this could be for them…..you want them to visualize their life in the house.”