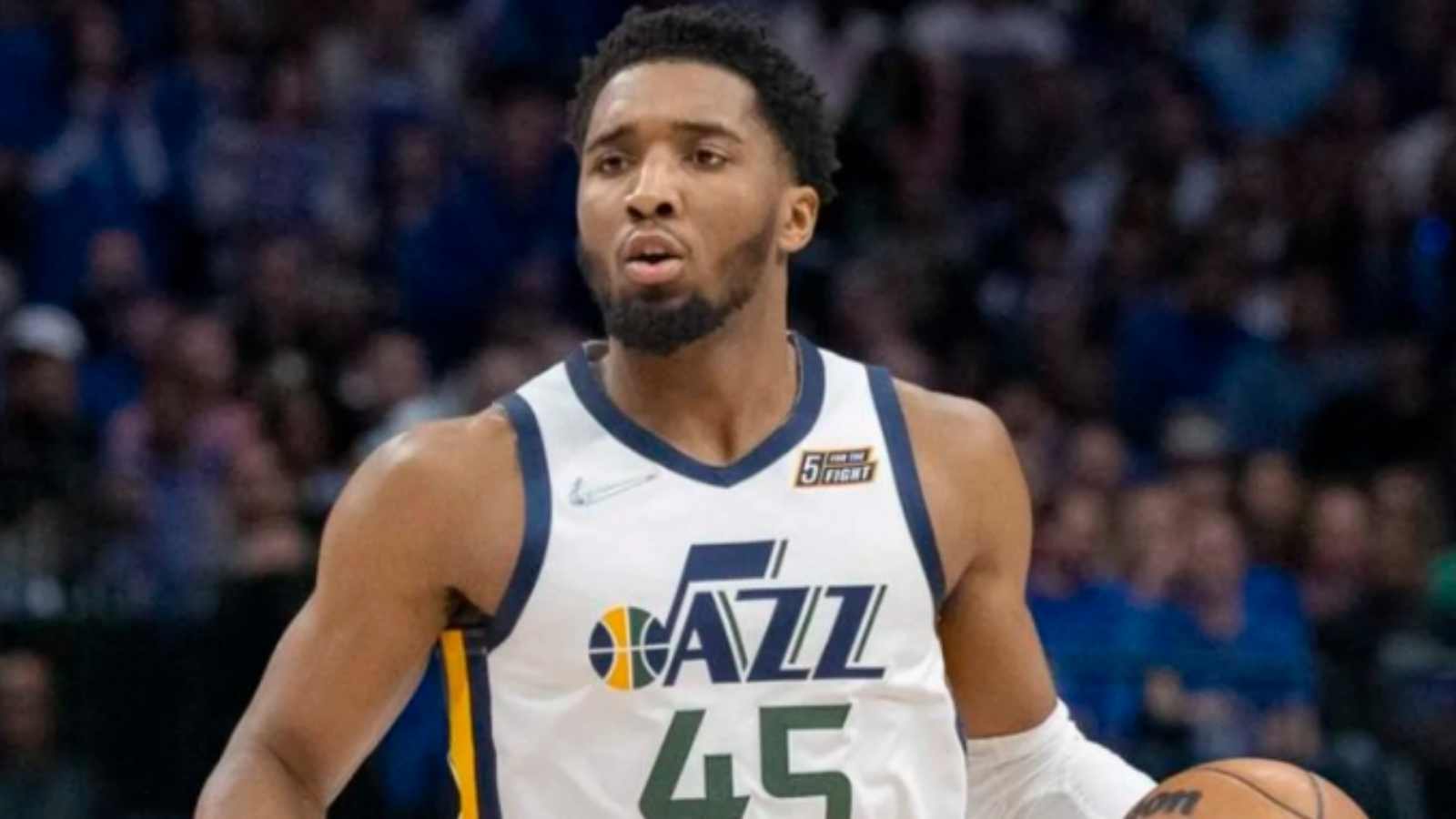 Donovan Mitchell can be the next guy to get traded from the Utah Jazz as they have already parted ways with All-Star Rudy Gobert. There was tension between the two players but the franchise claimed that they’ll stick with both at the moment and that’s clearly not the reality. As they gave away their Big Man for the better future of their franchise and have made it very clear that no one is untouchable or safe on their roster as they’ll do anything they can to be on the winning and fortunate side. But the future of Donovan Mitchell still remains uncertain and nothing can be said or claimed about that even though the all-star guard has stayed firm and not forced his way out.

According to Andy Larsen of the Salt Lake Tribune, the Utah Jazz first heard a trade offer around Donovan Mitchell from Miami Heat before trading away Rudy Gobert. But the talks around the Miami Heat deal didn’t really impress and meet the expectations of the front office at Utah Jazz. As the current Heat roster doesn’t really has much to offer and is also low on their future picks as they for the last three years are focusing on a win-now team. On the other hand, the Rudy Gobert trade brought in four first-round picks and a pick swap along with some role players. So it’s understandable why Donovan Mitchell is still part of the franchise and Rudy isn’t.

Donovan Mitchell is already a star in the league and is just 25 years old and is about to enter in his prime years. So it’s very sure that the Utah Jazz won’t give him up easily as they’ll demand the very right price in the exchange. But parting ways with the guard after the big guy will just initiate a rebuilding process for them and that’s not exactly what the franchise wants right now. So there’s a good chance of them sticking with Spider to get the job done and stay in the conversation.

Also Read: “Kobe’s job was to inspire the next generation” Devin Booker lashes out at haters trying to tarnish Kobe Bryant’s legacy

It’s very clear that no one now is really safe in Utah Jazz but as of now, Donovan Mitchell is an important piece for them as the front office may build around him. There are also teams interested in landing him but without the right price, they’ll just be rejected as the Miami Heat and now since Rudy Gobert is gone and the franchise has already secured a good amount of space and future. They may stick with their guard and stop listening to the offers as the story now is very different and rebuilding while having guys with great potential in the roster won’t be a wise decision. But you never know as one great deal on the table and Spider will be gone.

Also Read: “How dare they place me on the bench” LiAngelo Ball wasn’t impressed even after Hornets’ OT game-winner vs Lakers