The NBA 2021-22 season has started with a bang and two players in particular have led their team to the top of the respective conferences. Who are none other than Stephen Curry and Kevin Durant, both Golden State Warriors and the Brooklyn Nets are sitting on top, which has led analyst Skip Bayless in suggesting that one of them is now the clear-cut MVP and to surprise many it is not Stephen Curry.

Kevin Durant has been leading a team without Kyrie Irving and now even Blake Griffin as he has been ruled out of rotation. Yet the 33-years-old marquee scorer has been leading the offensive charts only to make his team reach a comfortable spot without anybody’s help. Skip Bayless acknowledges the same and regards KD to be on top of every other player in the 2021-22 season.

Skip Bayless on Kevin Durant being the MVP

Rightly pointing out the Brooklyn Nets tough home win against town-rivals New York Knicks, KD was able to score 27 points in the game. On one hand, where James Harden was exceptional with his veteran best 28 in the first half, Kevin Durant continued to prove to be a clutch player when he exploited the defense of Knicks on open plays.

Skip Bayless even left Undisputed, co-host Shannon Sharpe in some shock when he regarded Kevin Durant as the MVP. After some discussion, the former stated that KD has been the only player who has played the most minutes on the team, making sure they acclaim the top spot in the Eastern Conference.

Having said that, Skip Bayless does have a valid point, knowing that KD has had no breaks, he has been past the injury struggling and is the leading point scorer in the 2021-22 season. Playing 20 games so far, it remains to be seen whether KD is able to continue the same form for the Nets in the upcoming matchdays. 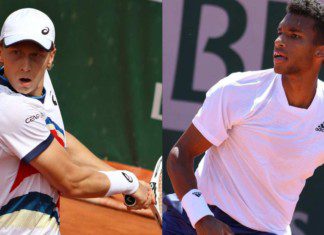