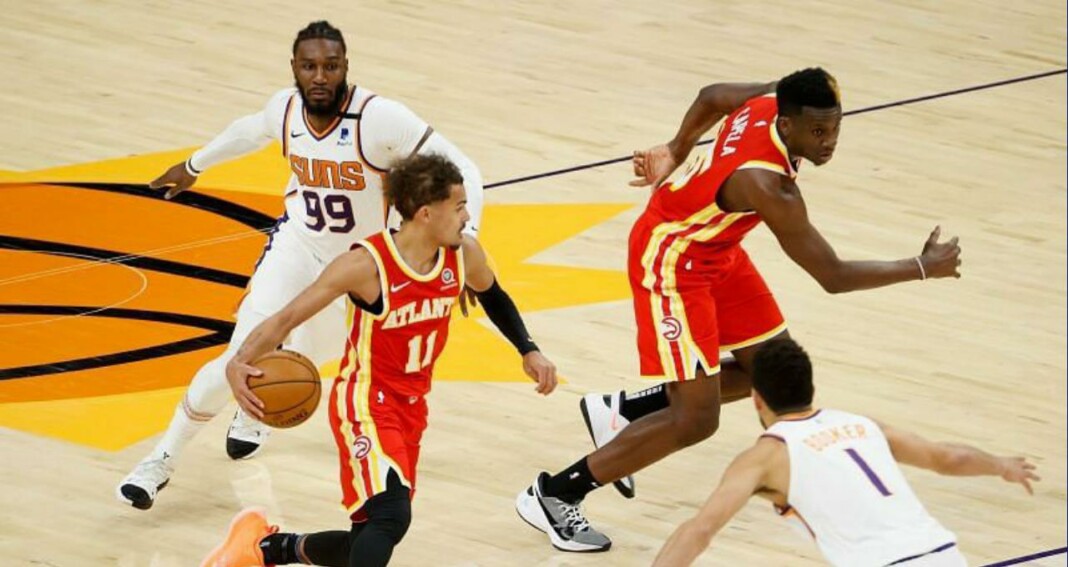 Read and know more about the Phoenix Suns vs Atlanta Hawks Live Stream. For the Phoenix Suns (4-3 record), the upcoming match is a must win to remain among the top five in the Western Conference. At the moment they are on a three game win streak after facing a few unfortunate defeats in between games. The reigning Western Conference Champions are hot and ready to run it back once again.

The Hawks have dipped down to the 12th position in the Eastern Conference with a record of four wins and five losses coming off two consecutive defeats against the Brooklyn Nets and Utah Jazz. Here is a short preview of their season.

The Suns are currently seated at the fifth seed in the west after winning three games in a row. Chris Paul aka the “Point God” leads the team in assists with 12 assists per game which also happens to be the most in the league. He recently moved up the all-time assists leader board passing a former Suns guard, Steve Nash for third place on the list. Devin Booker leads the team in scoring with 22.6 points per game along with 5.7 rebounds and 5.3 assists. Against the Rockets, the team (tied for fourth in the league for FG%) shot 47.3% from the field, 45.2% from three and hit 91.3% of their free throws. Booker did not fail to impress as he scored 27 points with nine rebounds and five assists. Paul had another great night in assists with 13 of them.

Against the Jazz, the Atlanta team shot at an abysmal rate from three with only 25% of their attempts converted missing 21 of the 28 attempts taken. Trae Young had 21 points with four rebounds and seven assists going 0-4 beyond the arc and only making eight of all 20 attempts. Collins, Hunter and Capela had a combined total of 40 points and the rest had below 10 points each.

The predicted starting lineup for the Phoenix Suns:

The prediction starting lineup for the Atlanta Hawks:

The fans can watch the match on NBA League Pass. The fans living in other countries can refer to the channels mentioned below to watch Phoenix Suns vs Atlanta Hawks Live Stream.

The former finalists have not the best beginning but are slowly and most definitely coming back to being aggressive. We have seen his team at its true potential before and it is the type to dominate their opponents. The Hawks seem to have a bit of motivation as even point guard Trae Young even admitted during a post-game interview. Identifying mistakes is important for becoming better and for the Hawks team, the pressure is certainly on.

Also read:“From Michael Jordan in NBA to Peyton Manning in NFL”: Here’s the list of highest earners in different sports