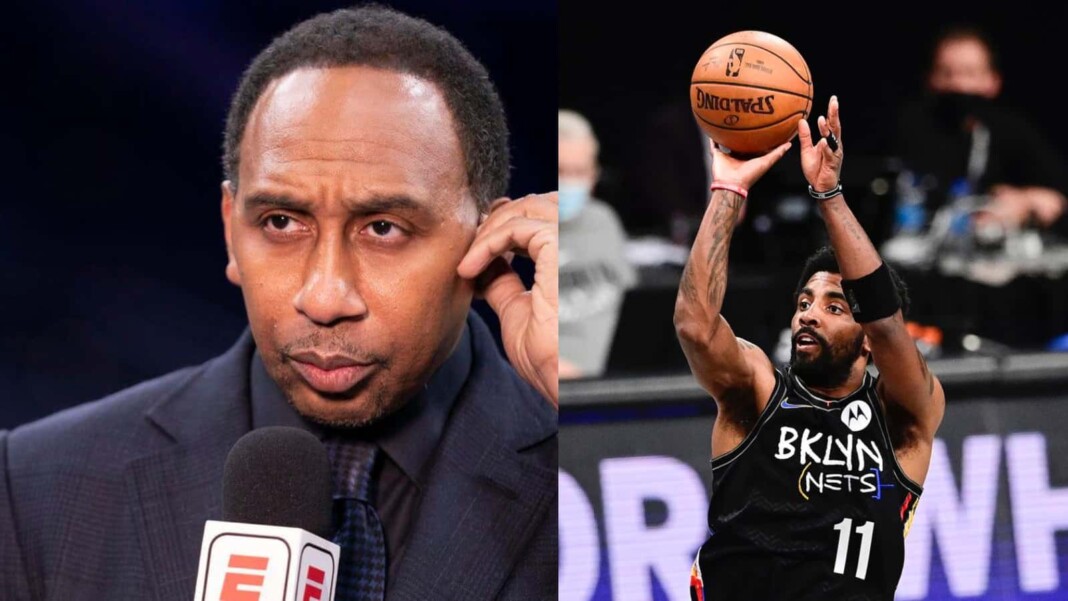 The adamant stance of Kyrie Irving to stay unvaccinated has caused a lot of turmoil. It has also given people the chance to throw derogatory remarks at him. 95% of the NBA players are vaccinated to in process of getting vaccinated but there are some who are totally against the vaccination. And, not everybody likes it.

Stephen A Smith is known for his edge-cut commentary and sharp words. He feels not shy when voicing his opinions. He has been vocal about Irving’s decision to not take COVID vaccination and he is not happy about it.

What will happen to the Brooklyn Nets if Kyrie Irving doesn’t get vaccinated? Stephen A Smith opinionates

Kevin Durant, James Harden, and Kyrie Irving are considered some of the best trios in the NBA this season. But what would happen if they will remain strewn like flower petals? It is mandatory to get the vaccination as per the New York rules but Irving’s decision has put his position in the Brooklyn nets in jeopardy. If he stays unvaccinated then he will be not allowed to play in games.

The Brooklyn Nets have a great shot at winning this year’s NBA championship as they have assembled one of the best rosters of this season but Kyrie Irving’s decision has put this dream of the Nets at an impasse.

In an online segment, Stephen A Smith has commented, “Don’t think for one second that James Harden likes the nonsense that’s going on in Brooklyn. … James Harden deserves better than the nonsense Kyrie Irving is putting this franchise through!”

This is not the first time someone at taken a direct dig at Kyrie Irving for his decision of staying unvaccinated from COVID-19. Previously, analyst, Jeff Van Gundy blasted him online for this decision of his.

Even though Stephen A Smith has failed miserably at adding fuel to the fire as there was none, to begin with. Both Durant and Harden are excited to play with Irving on the court and take the team towards this championship. The bond of teammates is another thing but what if one’s decision affects the other two in not a positive way? Will it cause any rift?

Smith seems to understand this question, and hence He went on to say,

“The Brooklyn Nets can be special with Kyrie Irving. They can, no denying there. But they can be special without him too. If KD says enough is enough, Kyrie is gone. Traded. That is if the Nets could still find a team to take him at this point. Many teams are resistant to bring him on because they say he is so bizarre. I know, I have spoken to some of them. Kyrie might just stop and retire. This is what they thinking. But eventually, KD has to realize that Kyrie’s vaccination status is impacting basketball. And basketball is all KD cares about. I have seen that man walk into a club with high-top sneakers on, ready to ball. I ain’t lying!”

At this point no matter how efficient or great Kyrie is on the court, he is doing no good outside of it. Getting a vaccination is surely one’s decision but is it worth the price when your career is at stake?