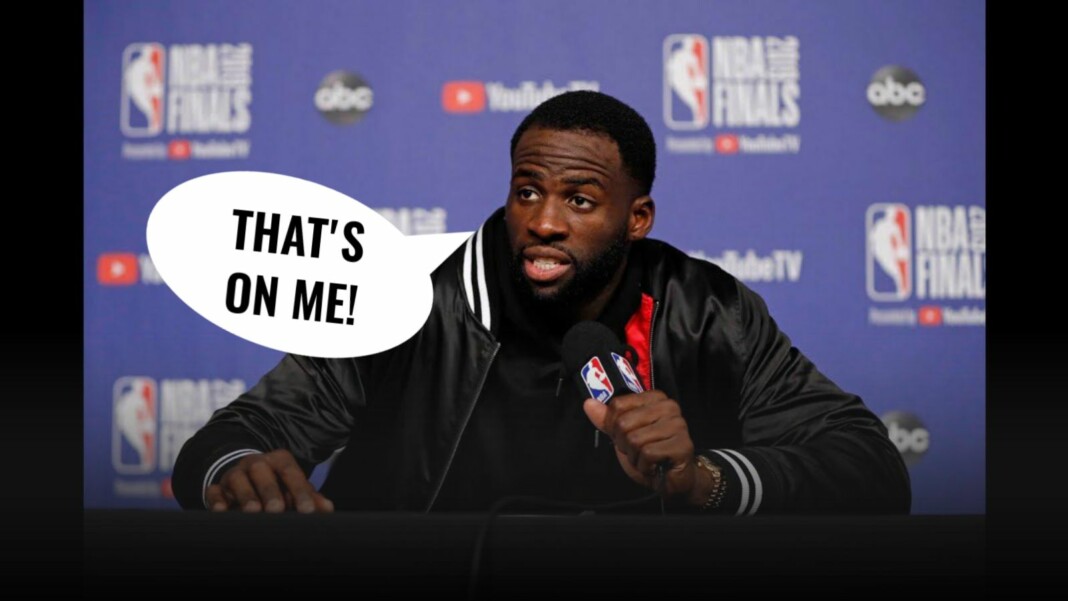 Draymond Green is surely not happy with how things turned out for the Golden State Warriors in their game against the Charlotte Hornets. Last night’s result is something that nobody could’ve predicted. The Warriors were on a 7 win streak, and have been performing adroitly but things are pretty unpredictable in NBA. Every game has its champions and, a lesson for the defeated team.

The Warriors unlike their previous matches underperformed yesterday or we can say that the Hornets had their own mental training before battling the State the warriors. The Hornets ended the first quarter with a 3 point lead but the Warriors neutralized it in the next. Both the teams entered halftime with a tie. The Warriors in the 3r quarter put 31 on the board and with a single-point lead they entered the last quarter, and that’s where things changed.  Draymond’s obviously not happy with what transpired during those last minutes.

With 20 seconds on the clocks, the Hornets and the Warriors went through a clutch jump ball. Hornets’  Terry Rozier and Warriors’ Draymond Green were the players who would do the jump ball.

If the Warriors had gotten the ball then maybe a 3 point shot from Stephen Curry at a clutch point could have changed the flow of the game as they would have gotten over the two-point lead that the Hornets had.  But ifs are just assumptions. Green failed to acquire that ball.  And, Looney’s defensive foul on Rozier at the mid-court didn’t do any further good to the Warriors.

The Hornets were leading with 104-102 against the Warriors. With the two free throws, Rozier took the lead to a 4 point gap. The last 20 seconds changed everything. Everyone is surely upset but Draymond is feeling it more.

In the post-match conference, he admitted that as a player he should always be the first on any intake in the game irrespective of the situations that are unfolding.

As Rusty Simmons of The San Francisco Chronicle wrote Draymond said,  “I’ve got to get that jump ball, regardless of what the situation is,” Green said while explaining that Guthrie caught him off guard since he was still actually talking before throwing the ball up”

Green further added, “It’s not his fault. That’s on me.”

Some of the NBA Fans took on Twitter to show their feelings.

Self-introspection is good but self-blaming for something shouldn’t be promoted as it disturbs the mental balance of the players. Green did miss a crucial jump ball but the Warriors still have 11 wins under their belt. They have already made the winning streak twice so starting again will only help them to grow more. Green scored 11points with 6 assists and 6 rebounds against the Hornets in his 32 minutes on the court. He is an asset for the Warriors both offensively and defensively. Green’s amazing contribution can’t go unnoticed.

The Warriors will face off the Brooklyn Nets for the very first time in this season on Tuesday. It s going to be a clash of titan as both the teams have some of the best players in the league. Curry will finally meet his former teammate Kevin Durant. Stephen Curry, Kevin Durant, and James Harden all under one roof, it will be grandeur.