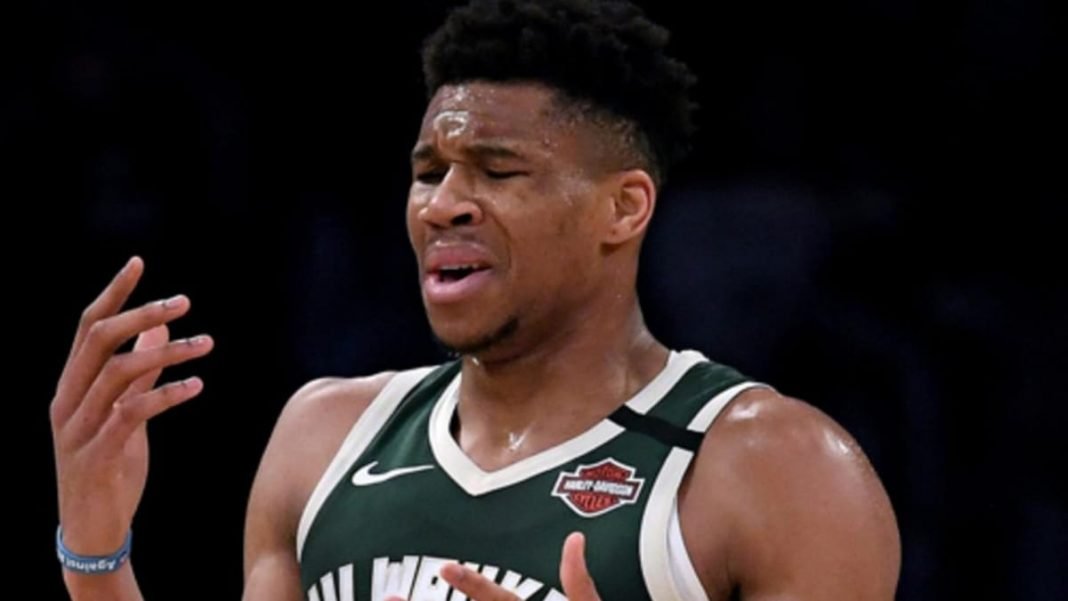 The Atlanta Hawks talisman Trae Young burst open with his warm greetings to Giannis Antetokounmpo post game 4. Game 4came to an end with a huge dramatic end. The Atlanta Hawks spread their wings swooshing despite being shorthanded. Trae Young was first listed probable and then had to sit out for the entire game and witness his team tie up the series against the mighty Milwaukee Bucks. But the game had more injuries to come. Giannis Antetokounmpo, the Bucks’ talisman screamed in pain as he grabbed a rebound. The big man went down with a knee injury on Tuesday night. The scary scenes put entire Milwaukee bench on tension.

Milwaukee Bucks came in hard to start the game. With Hawks’ marquee player out, Bucks were very confident about their victory. However, Atlanta Hawks surprised everyone with a huge win. They pulled out a 110-88 victory by the end of regulation. While in the 2nd half Giannis Antetokounmpo succumbed a scary injury. While walking out of the court, Hawks grabbed the chance to tie up the game.

Atlanta Hawks star Trae Young showed some love for Milwaukee Bucks forward Giannis Antetokounmpo, who suffered a troubling knee injury on Tuesday during Game 4 of their Eastern Conference Finals series. Young took to Twitter to share his thoughts and prayers for Giannis. After all, he would know how frustrating it is to get injured during the playoffs. Giannis Antetokounmpo’s injury comes as a huge hit for the Milwaukee bench.

Giannis Antetokounmpo sustained a left knee hyper-extension after a scary fall. While blocking Clint Capela, he fell down hard. Later he was also seen grabbing his ankle along his injured knee. The Bucks star was immediately brought to the locker room, and while he returned to the bench minutes later, he eventually left again and was ruled out for the rest of the contest. With game 5 just down the line, Fiserv Forum will definitely pray to see their star back on court.