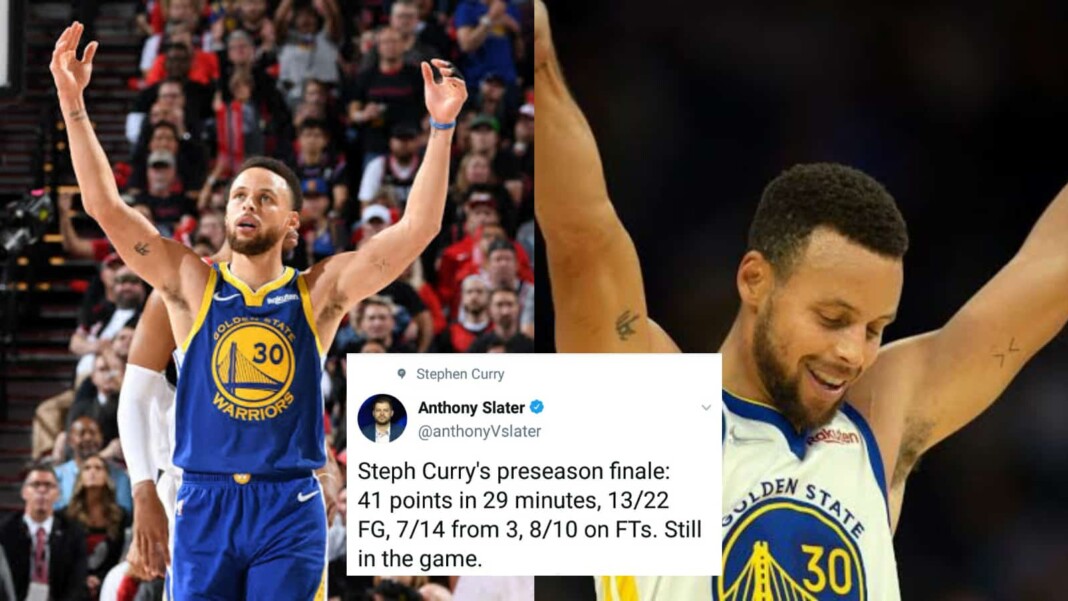 The Golden State Warriors played out an impeccable prelude to the madness that is about to unfold in the main season as they blazed the Portland Blazers in emphatic fashion, thanks to a magical illustration from their star player, Stephen Curry. In a span of just 30 minutes, he managed to grab 41 points, square off two assists and pull 9 rebounds that left his creds embossed in the golden letters even before the main season kicks off.

Steph was a treat to the eyes against the Portland Trail Blazers as he skidded, pranced and pirouetted his way past the hapless Blazers’ players trying to figure out what had exactly hit them. For the entire span of thirty minutes that he was there in the court, the Blazers were on their toes trying to keep out the wily Warriors’ star while their counterparts were simply hooked to the seats in awe of the wonder that unfolded ahead of them.

More importantly, as the regular season beckons in less than a week’s time, this momentum from Curry will of symbolic importance to the fans as they will be starting their campaign against the mighty Los Angeles Lakers that comprises the likes of LeBron James, Russell Westbrook, Anthony Davis and Carmelo Anthony, the likes of whom can easily instill terror in the hearts of any opposition.

The Warriors were off to a slow start as the Blazers rocked and rolled in the opening quarter, leading by 27-17. The next two quarters simply belonged to the mighty Warriors as they bagged 38 points in the second and 43 points in the third and the cutthroat contest in the final quarter proved to be inconsequential as the scoreline read 119-97 in their favour. Twitter was absolutely delighted as Curry single-handedly ravaged the Trail Blazers and with the regular season lurking just around the corner, the fans poured their admiration and love for Steph after the game.