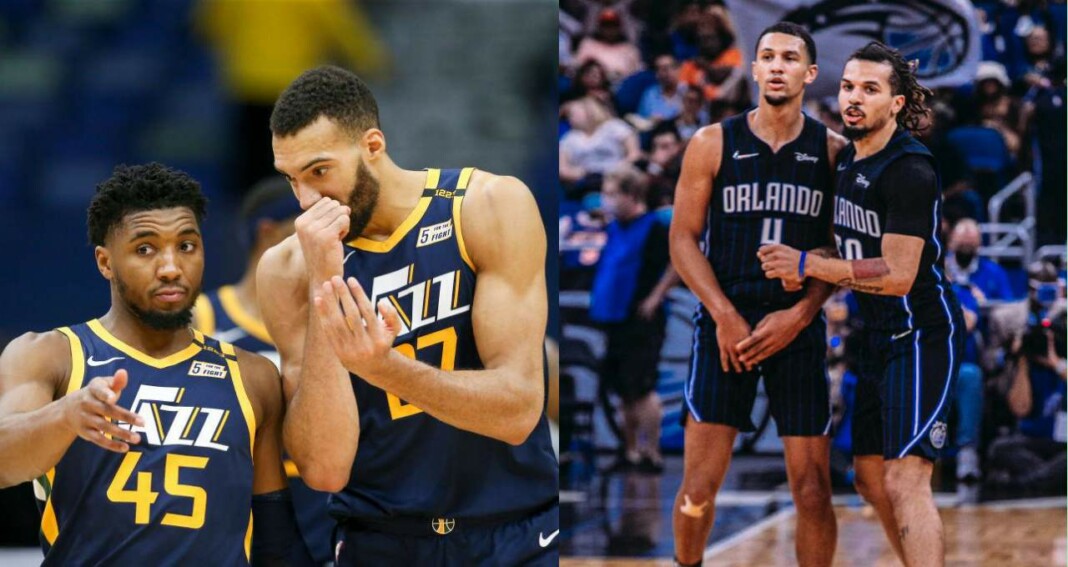 Read about Utah Jazz vs Orlando Magic Live Stream and Prediction. It’s a clash between the 2nd best team in the Western Conference vs the team with the 2nd worst performance in the Eastern Conference. The Magic will host the Utah Jazz at the Amway Centre, Orlando on Sunday, November 7th.

The Utah Jazz’s loss against the Miami Heat has snapped their 3 game winning streak. The match wasn’t even dominated by either of the teams till the clutch point. Heats’ two free throws took their score to 118 whereas in the last seconds the Jazz had to make a three-pointer to get into overtime or say goodbye to the game. The Heat made sure that each Jazz player was defended man-to-man beginning from outside the three-pointer line. The Jazz missed the shot and lost the game by 3 points.

Donovan Mitchell dropped 37 points and 7 assists for the Jazz. Bojan Bogdanovic and Mike Conley scored 16 and 18 points respectively for the Jazz.

They are now are a score of 7-2 and 2nd in the Western Conference table, first being the Golden State Warriors with 7-1.

The Orlando Magic faced the San Antonio Spurs in their previous match. The gap between both the teams’ total scores was sizeable. The Spurs defeated the Magics with a blow-out win of 102-89. The Spurs maintained their lead throughout the game and didn’t let the Magics have the opportunity to turn the tables.

Cole Anthony dropped 21 points, 9 rebounds, and 6 assists for the Magic. Wendell Carter Jr. scored 13 points with 10 rebounds and 1 assist against the Spurs.

The injury report for the Utah Jazz:

The injury report for the Orlando magic:

The predicted Line-up for the Utah Jazz is:

The predicted Line-up for the Orlando Magic is:

Different Timings of the match as per the Time Zones

The Fans can either tune in to locally on Bally Sports Florida or can use NBA League Pass to also watch it live. The other global channels which will telecast the Utah Jazz vs Orlando Magic Live Stream are:

The Utah Jazz obviously has better chances at winning the game considering their performances in their previous matches. The Magic may give a slightly tough performance but the Jazz will surely hold the grip in the entire match.

Also read: Twitter reacts as Milwaukee Bucks Blew a 20-point Lead Against the…