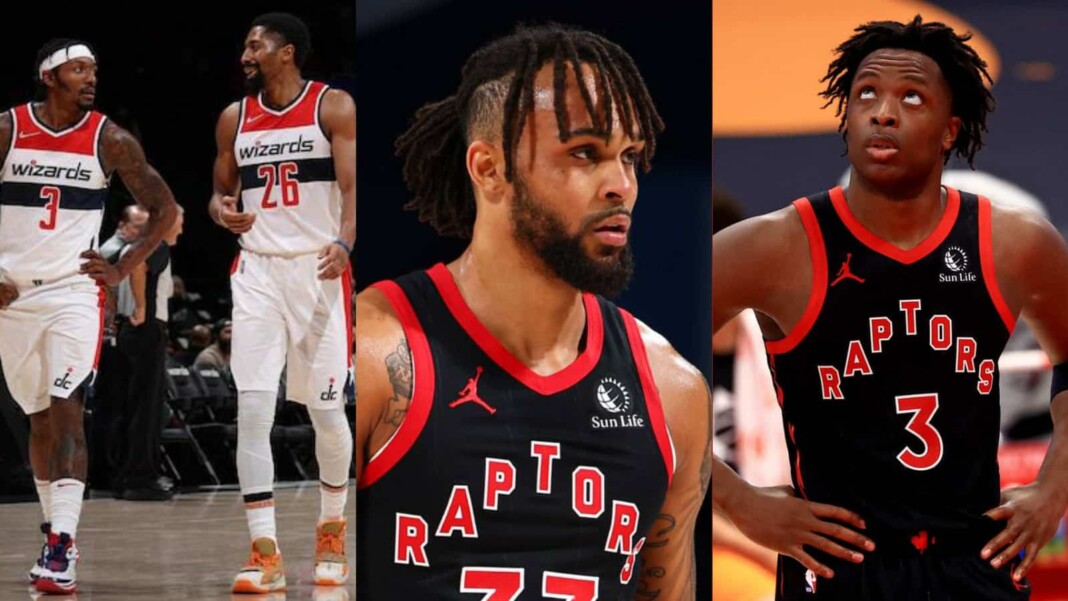 After three consecutive wins, the Washington Wizards lost against the Atlanta Hawks. Both the Wizards and the Hawks squared off previously and the Wizards took home the victory by 122-111. But yesterday it was Hawks’ night to avenge themselves for their last defeat. They beat the Wizards in a close match by 111-118 stopping the Wizards winning streak at 3. Bradley Beal and Kyle Kuzma scored a total of 42 points. Now the Wizards may be looking for another winning streak.

Things are a little different for the Toronto Raptors. After their defeat against the Chicago Bulls, the Wizards have been winning their all matches. Now, they are on a 4 game winning streak and are definitely hoping to make it 5. They faced the New York Knicks in yesterday’s match and beat the Knicks by 113-104. The Raptors were impressive in their approach towards the game. OG Anunoby dropped 36 points, 6 rebounds, and 2 assists for the Wizards. Gary Trent Jr also scored dropped a whopping 26 points against the Knicks.

One is on its way to win its 5th straight game and another one is looking to win its first after an avenging defeat. The Wizards would surely be looking for an opportunity to ounce back n the series and start another win streak.

The injury report for the Washington Wizards:

The injury report for the Toronto Raptors:

The predicted Line-up for the Washington Wizards is:

The predicted Line-up for the Toronto Raptors is:

The Fans can either tune in to locally on NBC Sports Washington and TSN or can use NBA League Pass. The other global channels which will telecast the Washington Wizards vs Toronto Raptors Live Stream are:

The Raptors have a strong line of defense which gives them the edge against the Wizards. The Wizards have maintained a 5-2 record even after they were expected to underperform this season. The trade of Russell Westbrook was thought to be the breaking point for the Wizards, but they have been amazing so far in this season. Even though the Toronto Raptors are the favorite for winning this match the Wizards can give them a very tough competition.