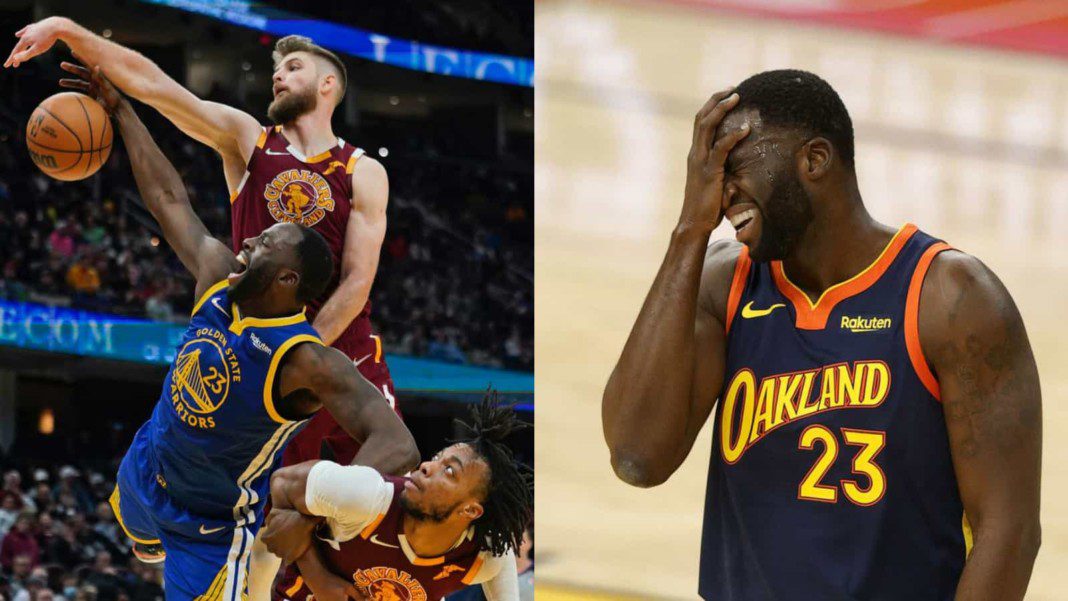 Warriors Draymond The Golden State Warriors are just climbing the success ladder higher and higher. With a score of 13-2, the Warriors are currently ruling the Western Conference.

Draymond Green and Darius Garland engage in a scuffle

Draymond Green and Darius Graland engage in a little tussle under the hoop. With 4 minutes left on the clock, Warriors Nemanja Bjelica shoots a three-pointer which misses its mark. Green and two of the Cavaliers players jump for the rebound but Darius Garland has something else in mind.

He traps Green’s arm between his forearm and biceps restricting green from jumping fully. Though Green called for a foul the refs had no acknowledgment of it.

What is hilarious about this scenario is that both players remained tangled even after this and walked in the same manner towards the referee.

The warriors blasted off the Cavaliers in a very fashionable manner by 89-104. In the post-match conference, Cavaliers’ Head coach  J.B. Bickerstaff praised Stephen Curry and State Warriors. He said, ”Stephen Curry is a hell of a basketball player.”

He further added, ”The shots he was making weren’t easy, but obviously, he’s got the skill-set to make them and Draymond knows how to get him open. They’re the best team in the league right now for a reason.”

Even Darius Garland was seen praising the Warriors’ trump card. He said, ‘I thought we did pretty well with the next-man-up mentality. Steph just got hot. That’s all it was.”

The Warriors will continue their road game and will face off against the Detroit Pistons today at the Little Caesar’s Arena.

Also read: “I think it’s over”- Stephen A Smith says about LeBron James… 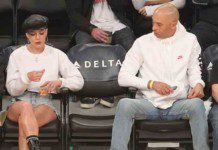 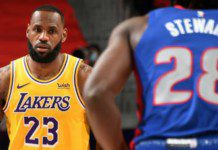 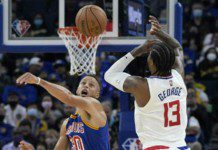 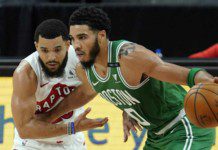