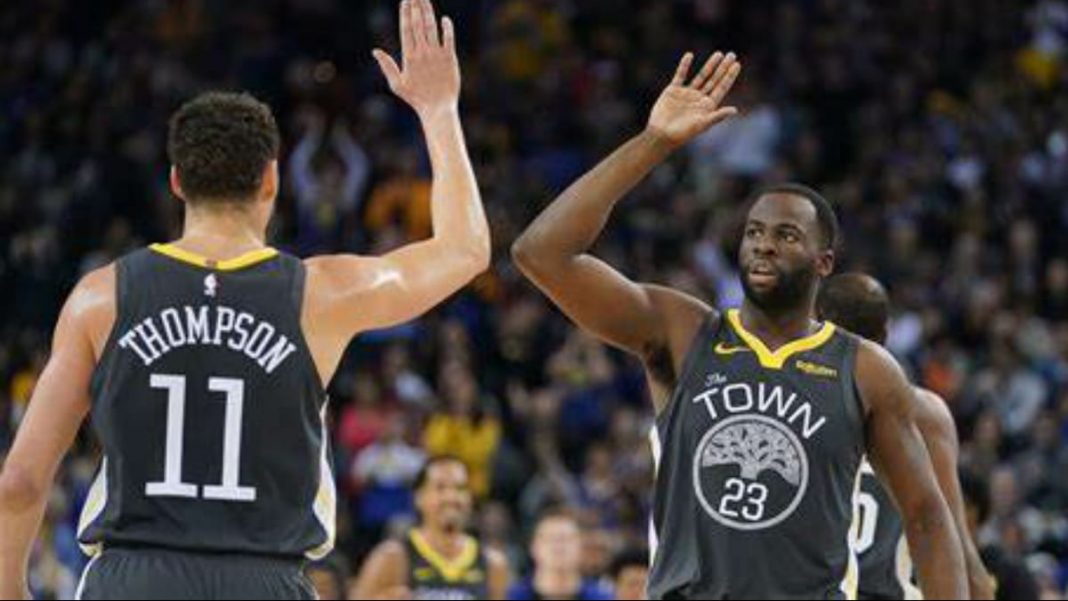 Golden State Warriors is surely one of the most light-hearted teams in the league, consisting of players who are always being hilarious on numerous topics surrounding the league. No hoop fan needs an introduction upon the trio of Draymond Green, Klay Thompson and Stephen Curry and their bond over the years, that has been built with utmost trust. However as Klay Thompson was snubbed from the NBA 75 team, Green made sure he did not leave a chance to troll his good friend in the best manner.

After showing his support for Thompson’s induction in the NBA 75 Team, Draymond Green decided to let his marquee shooter know that just why he is not a part of the elite list. As the Warriors are all set to lock horns against the Sacramento Kings in their next encounter, Draymond made a video that indicated why Thompson has not been included in the celebratory team, leaving Stephen Curry in splits.

As Klay Thompson is all set to hit the court for Warriors once again after an absence of 2-years, his performance could indicate just why he should have been included in this elite list. The NBA 75 Team consists of active and former players who are considered as the ‘greatest’ to ever play in the league. Given that Thompson has registered numerous accolades against his name in the league, it seems a bit harsh to leave him out of it.

Having said that, the NBA could not help but add a 76th player to the list anyway, so what’s stopping them from inserting another name? All jokes aside, though, the Golden State Warriors guard has a solid case for himself. Klay Thompson who is one of the best shooters in NBA history. To recall, he is a five-time All-Star and has been named to the All-NBA Third Team twice. More importantly, the three-time champion is a major piece of the Warriors’ modern-day dynasty.