Star Javelin thrower Neeraj Chopra admitted that he was not satisfied with his performance at the Kuortane Games in Finland. Most of his issues came because he was not using his own spear, and had to use someone else’s spear for the games. Chopra is one of India’s biggest hopes to win a medal in athletics at the Tokyo Olympics.

Neeraj Chopra’s competitor and biggest rival, Johannes Vetter took gold in Kuortane with a massive throw of 93.59m, while the silver medal went to Keshorn Walcott of Trinidad and Tobago (89.12m). Chopra settled for bronze with a throw of 86.79m.

Chopra said that he faced technical issues at the Kuortane Games, especially as he was using someone else’s spear for the Games. “The performance in Finland was also not my best, and there were technical issues, the height of the javelin was an issue. My javelin could not reach the venue that day as it got stuck in Stockholm, and I could not use it. So I had to use someone else’s javelin,”  Neeraj Chopra told India Today.

I am working on reducing the height of the javelin so that it can cover more distance,” Neeraj Chopra

The 23 year old has realised that he is giving too much height to the javelin while throwing. “Angle is very important in the javelin. Earlier, my javelin used to be tilted towards the left side. The chance of a foul was higher, it has improved significantly, but I am still working on it,” he said.

Neeraj Chopra also said he missed the feeling of international competitions. He felt that he has felt the effects of less international exposure in the run up to the Tokyo Olympics. He won a gold at the Commonwealth Games in 2018, but just as he was getting in the groove, he was injured and had to miss out the 2019 season.

Neeraj Chopra is staying positive though. “But, I am in a positive frame of mind because a lot depends on the performance of the day. I am just hoping to give my best and realise my dream of winning a gold for the country,” said Chopra.

Earlier this month, Chopra pulled out of the tournament in Switzerland, just as a precautionary measure to avoid fatigue or injury. “I can have some intensity training for another week. After that, I will have light training,” said Chopra. He will be leaving for Japan on 26th July for the Tokyo Olympics. 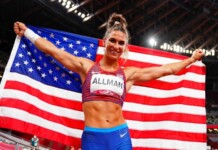 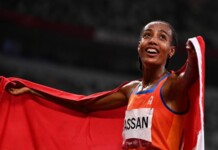 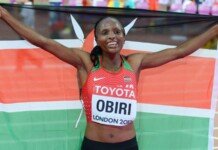 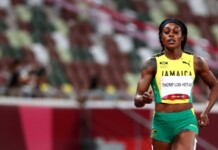 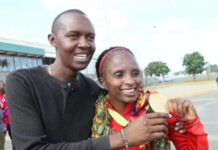 Who is Hellen Obiri’s husband? Know all about Tom Nyaundi