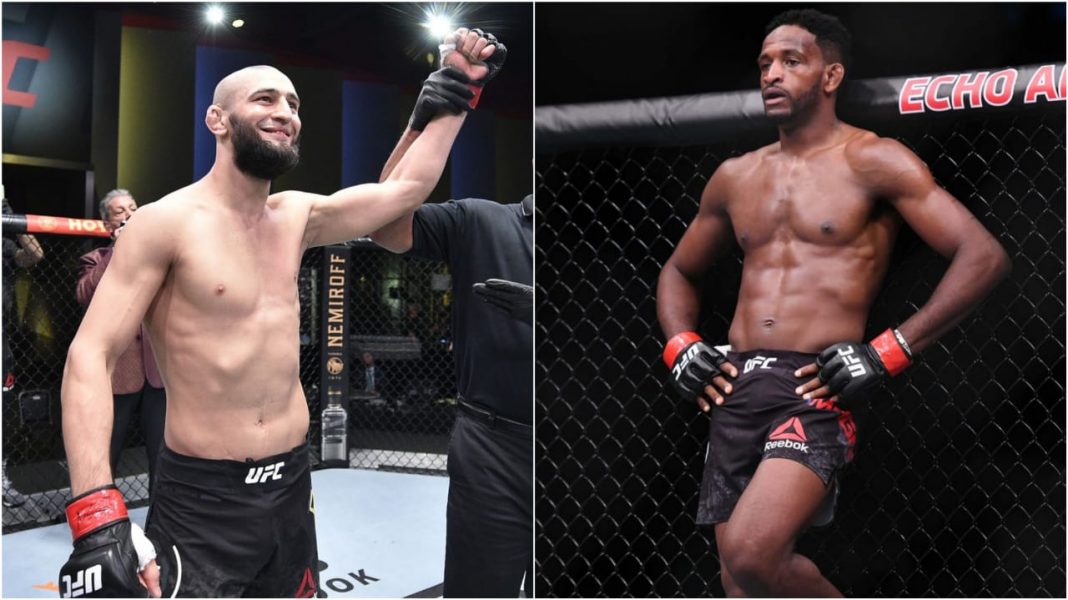 Khamzat Chimaev had one of the most memorable 2020s one could ever have had. He made his UFC debut only in July and was 3-0 up in double-quick time. He then was paired to fight against a top-ranked opponent in Leon Edwards. And that was when the trouble began, the fight was cancelled for the first time after Leon Edwards tested positive for the coronavirus. Once the fight was rescheduled, it was Khamzat’s turn to suffer from the deadly virus – not once, but twice. It took him to the extent of pushing him towards retirement, which he actually did.

However, after a bit of dilly-dallying he recently announced that he would be returning to the octagon very soon. No sooner did he announce it than he started calling out Neil Magny (since he is ranked within the top-10); asking him to be ready by July.

More recently, Neil Magny, speaking in an interview with Damon Martin claimed that he would fight Khamzat Chimaev someday, but wouldn’t wait for him until July, which according to Magny seems to be a long time. He also mentioned the fact that Khamzat must recover fully from the lasting effects of the disease.

‘He needs to focus on getting healthy first‘ – Neil Magny

Magny was quoted as saying (via an image posted by Damon Martin on Twitter), “I will fight him any day of the week. But there’s no way I’m putting my career on hold so that he could hopefully fight me come July. He needs to focus on getting healthy first. The ass-whooping he’s been asking for is long overdue, and is waiting on him.”

Neil Magny is coming off a loss against Michael Chiesa, losing via unanimous decision. The number 9 ranked welterweight contender has not yet landed an opponent, since then. Chimaev, on the other hand, seems to have recovered well from the lasting effects of the coronavirus, and hence his usual ‘hunting for an opponent’ has begun.

Who do you think Khamzat Chimaev and Neil Magny will fight next?

Also Read : ‘I would love to be a backup for those guys’ – Stephen Thompson

Also Read : Daniel Cormier and Joe Rogan are back for commentary duties at UFC 260