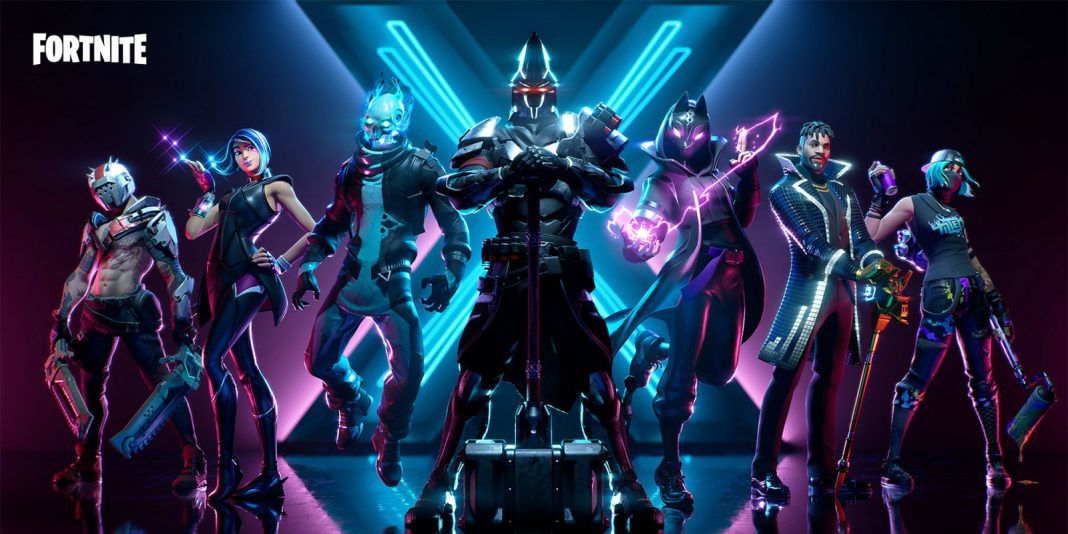 As the battle between Epic Games and Apple continues, Apple skin is the new way the Fortnite developer is stepping things up by holding a free competitive competition on all platforms. Named the #FreeFortnite Cup, this event will be the last one that Fortnite players on all platforms will be able to play together; at least for a while anyway. This is due to the fact that the next major update for the Fortnite video game will begin rolling out next week ahead of the launch of Chapter 2 Season 4.

Apple has currently removed the game from the App Store so it won’t be able to receive this new update. iPhone and iPad players will be left behind and Fornite has released. The #FreeFortnite Cup is looking to be a pretty major event as it will reward players with a combination of real-world prizes and in-game content.

As the battle rages between Apple and Fortnite at the legal front, Fortnite organized the Free Fortnite Cup yesterday to ensure the players get on board the Anti-Apple campaign. The event was held on the 23rd of August, 2020, and offered exclusive merchandise, which included a Free Fortnite cap and a Tart Tycoon outfit.

Epic Games v. Apple has been a huge lawsuit, which started back in 2020 and now continues into 2021 with a court date in May. With this major controversy, many are predicting a new Apple skin coming into Fortnite when/if Fortnite goes back into the Apple Store. Assumptions of a colored version of the Tart Tycoon skin are what many players are expecting but are still unconfirmed.

Epic has very deliberately created the image of itself as the underdog in this fight, painting the image of the small developer fighting a major tech company. While there are definite problems with this image, no one can deny that Epic has capitalized on it in a very efficient way. Very soon after the lawsuit was filed, Epic released a Fortnite Anti-Apple advertisement poking fun at an ad that Apple had created in the 80s as a parody of 1984. One of the characters from that ad, named the Tart Tycoon, was set to be skin players can obtain, but seemingly everyone who has met the requirements still doesn’t have the skin.

Sony also leaked a photo featuring Lara Croft, Rachel Roth (Raven), and Neymar Jr himself. The leak attracted a lot of buzzes as players were excited to finally see the Neymar Jr skin featured on an official Sony account online. While the news was exciting, it’s been confirmed that the leak is fake. It appears that Sony posted a photo they found somewhere through Google, trying to just create hype around the Neymar skin. So, the Neymar Jr skin is still not revealed.

While Google has largely stayed out of the public eye and debate, Apple has retaliated against Epic’s actions of mockery using the Apple Skin. Apple has stated it will block the Epic’s Unreal Engine from iOS and Mac, which has big implications. Any developers looking to make apps with the Unreal Engine will not find support for it on Apple products. This means more difficulty for them and less money for Epic as developers will turn to universally supported engines.

So while Epic seems to be positioning itself to become a force to rival Apple or Google, Apple is meanwhile limiting tools to bring games to retaliate the action against Apple Skin and other elements. No matter when the Tart Tycoon skin becomes available, and no matter who winds up winning the fight, it seems the players are continuing to lose. However, fans were left hugely disappointed as there seems to be a delay in the distribution of the Tart Tycoon outfit. Several are yet to receive their rewards, despite the completion of the Cup.

From the looks of it, both the Apple skin and Sony skin are a far cry to regular gamers as of now, because the Sony Skin leak was supposedly a hyped and fake rumor and apple skins may be withdrawn in the near future due to legal suits or sorts.