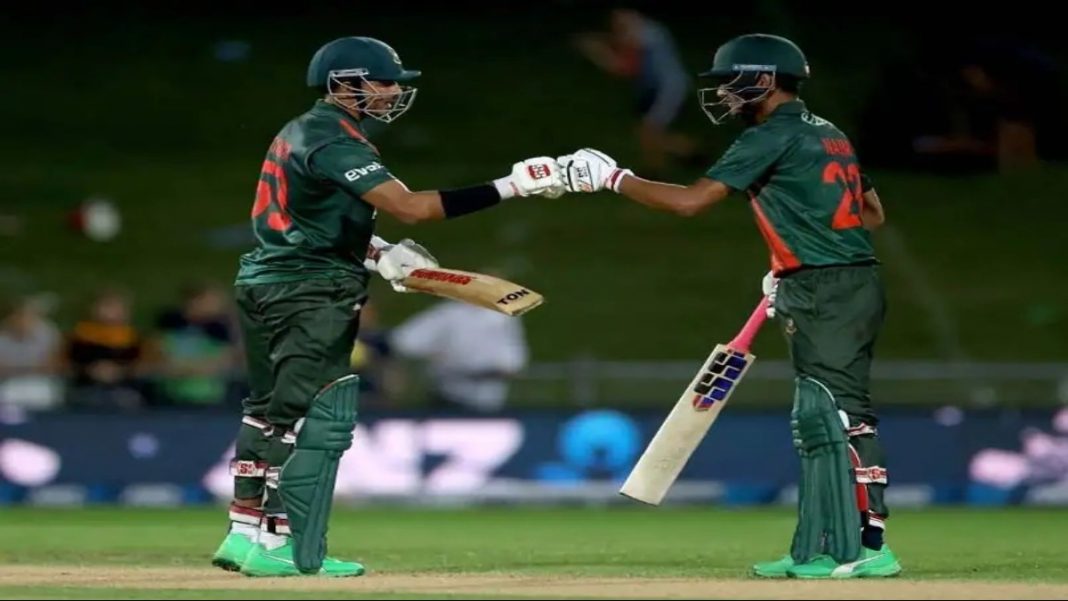 In what were truly bizarre scenes, Bangladesh came out to chase in the second T20I against New Zealand without knowing what their target was, as the match referee had not announced it. New Zealand had won the first T20I and continued their win streak against the Asian nation at home (they have never lost a match at home against Bangladesh) and in the second T20I as well, they looked in excellent touch.

Put in to bat, New Zealand had reached 173/5 in 17.5 overs when rain stopped play. Finn Allen and Devon Conway had given the hosts blazing starts before losing their wickets. The New Zealanders seemed to have slumped from their fast start but two excellent knocks from Glenn Phillips and Daryl Mitchell ensured that the scoreboard kept ticking. The latter got to his fifty and in the 18th over, play was halted.

Bangladesh walk out to bat, but with no target

After the skies cleared up, Bangladesh came out to bat, but surprisingly they were not given a target. The first 9 balls were bowled with the same unknown before the umpires decided to stop play and figure out the target before resuming it. There was a discussion then and it was concluded finally that the target was 170 in 16 overs.

If this drama wasn’t enough, it was then realized that there was a mistake in the calculation and that the target should be 171 and not 170. This came to light only in the 15th over, when there were just 2 overs remaining. The score was revised immediately and the mishap did not prove to affect the final result of the game as the visitors managed to score just 142 runs in their allotted 16 overs. Soumya Sarkar scored an explosive fifty but the others were unable to contribute.

The third T20I takes place on the 1st of April.