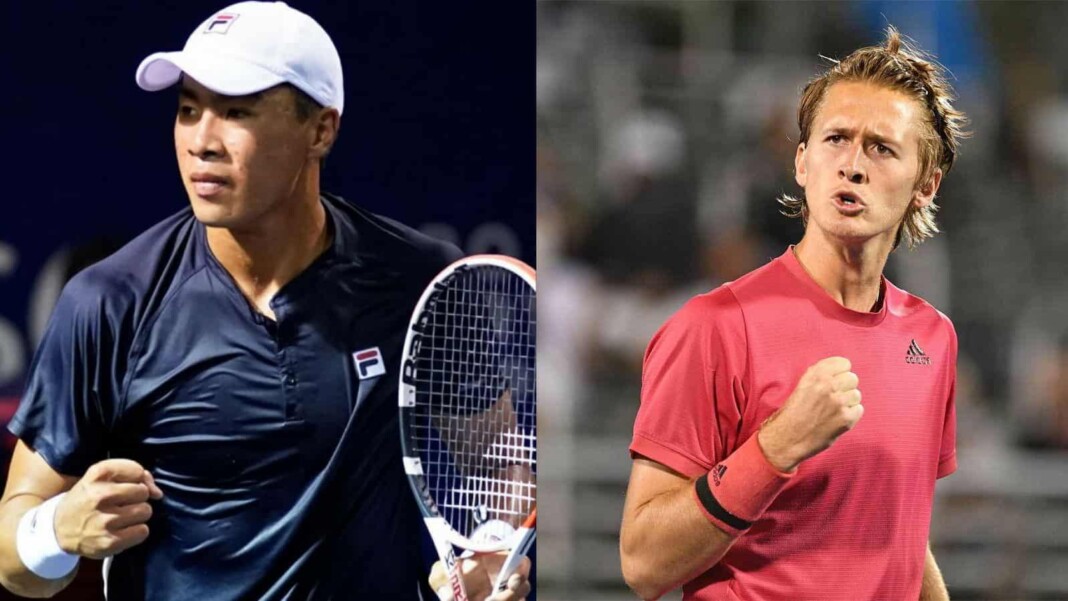 Sebastian Korda and Brandon Nakashima set up an all-American semifinal at the NextGen ATP Finals 2021 by winning their last round-robin matches on Thursday.

Second seed, Sebastian Korda kept his perfect record intact as he defeated crowd favorite Lorenzo Musetti in the final round robin match of Group B to top the group. Korda dropped just six points on his serve and didn’t face a single break point in the entire match, while converting two of five to wrap up the contest in just an hour and eight minutes.

The 21-year-old, who won the title in Parma and finished runner-up in Delray Beach this year, had dropped the first two sets against Hugo Gaston in the first match of the ATP Next Gen Finals, but has not looked back since then. He rebounded emphatically to beat Gaston and then hustled past Sebastian Baez before putting up another clinical performance against Italy’s Musetti.

Fourth seed, Brandon Nakashima overcame a first-set deficit to edge past the seventh seed Holger Rune of Denmark in a must-win final round robin match of Group B to secure the second position in the group and advance to the knockout stage.

It was the second win of the tournament for the 20-year-old Nakashima. He was beaten by top seed Carlos Alcaraz in the first match, but got into a winning momentum with a victory over fifth seed, Juan Manuel Cerundolo in the second match.

Sebastian Korda and Brandon Nakashima have never met before, with this being their first career meeting. Head to head stands at 0-0.

Both players are great talents hailing from America, they each have their own qualities, but Korda is older and has had a lot more time to play in the high level tournaments against the best players. He’s definitely the favorite as Nakashima has neither the results nor the experience to take on Korda who has had some solid results to boost his ranking to where it is now. It feels inevitable that Korda will take him down, but not without some trouble to make it to the last two and fight for the 2021 NextGen ATP Finals.

Expect a riveting contest with the winner becoming the first-ever American to reach the NextGen ATP Finals championship match. While Nakashima will be a difficult player to beat, Korda will be expected to eventually come through.