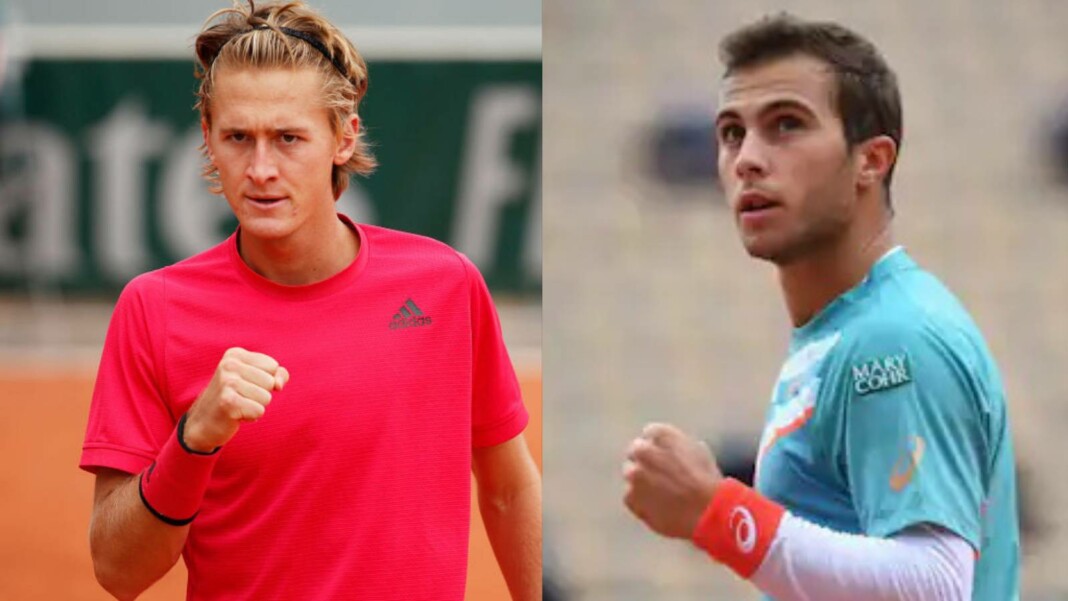 American Sebastian Korda and Frenchman Hugo Gaston will meet in the first round of the NextGen ATP Finals 2021 group stage. The battle begins right into first hour of Wednesday, November 10, 2021.

21 year-old Sebastian Korda, is one of the favorites of Group B alongside Italian Lorenzo Musetti. The American, who rose to World No.39 on the rank charts, won his maiden tour-level title in Parma in May and reached the fourth round at Wimbledon in July, losing to Russian, Karen Kachanov. Korda has had indoor success on the Challenger circuit as well, winning Quimper in February and also a strong showing last week at Paris-Bercy. The youngster defeated Asian Karatsev and Marin Cilic before falling to the World No.2, Daniil Medvedev.

The American displayed some incredible tennis when he managed to snatch a set off Daniil Medvedev last week in Paris which allowed him to rise up on the ranks.

Hugo Gaston was a frequent finalist this season. He not only reaching four finals on the Challenger Tour but also at a 250 in Gstaad, where he lost to Norwegian, Casper Ruud. He is is set to be the frontman of the new generation of French players.

The Frenchmen has been impressing mostly on clay this year but had a real breakthrough last week in Paris-Bercy, reaching the quarterfinals as a qualifier. Gaston beat two of his NextGen rivals there, Alcaraz and Musetti, as well as Anderson, Rinderknech and Carreno Busta before falling short against World No.2, Daniil Medvedev.

Everything he did in Paris last week allowed him to get this last spot at the 2021 Next Gen ATP Finals.

Sebastian Korda and Hugo Gaston have never met before, with this being their first meeting on the ATP Tour. Their head to head battle stands at 0-0 and is set to begin tonight.

Both the players, Korda and Gaston have established themselves to some extent through their tennis and the qualification for the NextGen ATP Finals in Milan stands as a testament to that fact.

When comparing their weeks last week in Paris, the difference is really marginal. However, one big thing which gave Gaston that ability to make the quarter-finals was the French crowd and the amount of pressure they put on non-French opponents. Here in Milan, this is not going to be as potent for Gaston.

Sebastian’s game is very well suited to indoor hard court conditions, as he is able to hit the ball very fast, flat and he has a big serve. One thing the American is going to need to be wary about in this match against Hugo Gaston at the 2021 Nitto ATP Finals, is the fact that his movement is going to be constantly under pressure with the Frenchman’s change of speed, spin and dropshot insertions in the game.

The better player out of the two is for sure Sebastian Korda on a week in and week out basis, but Gaston might still have some momentum left. I expect a tight one here at the 2021 Next Gen ATP Finals, but one where the American comes through victorious.