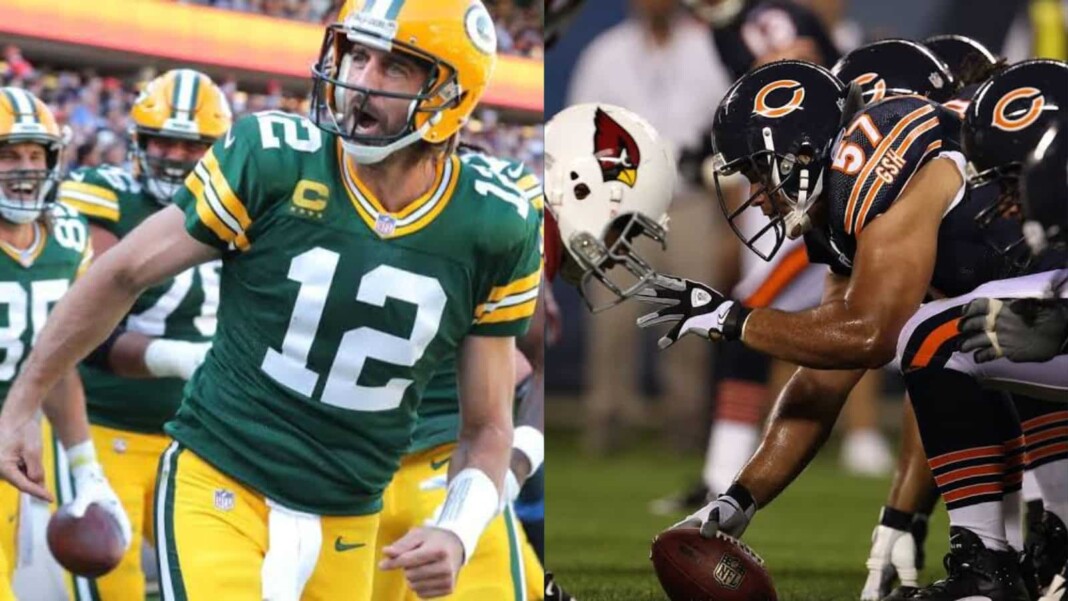 The Green Bay Packers quarterback was absolutely fired up as he belted out a rushing touchdown after a couple of wily maneuvers and an electric feint that left the Bears defence wondering about what was about to unfold. However, by the time the reckoning smote them, it was too late for them as Rodgers has already travelled the proverbial mile and completed the touchdown that was the final nail in the coffin for the Bears.

However, it wasn’t just the battle inside the gridiron that was electrifying but ever since Rodgers arrived in the stadium, the Bears fans welcome him with a hostile reception where he felt the unwelcome poking at his very bones. However, he paid back the Bears in the exact same coin as he screamed at the crowd, citing, “I still own you”, after that crazy touchdown.

However, the taunt thrown by Rodgers at the Bears crowd wasn’t completely baseless as he has indeed bossed Chicago for a while now. Ever since his takeover at the Packers, his numbers against the Bears read 22-5 and he also managed to score 57 touchdowns and throw in 10 receptions. Kreutz acknowledged the fact that his erstwhile counterpart has racked up overwhelming numbers against the Bears but was entirely disproving of Rodgers’ antiques. Kreutz cited, “Just because you’re right. It doesn’t make you right for doing it.”

During the post-match press conference, Rodgers said that he had no plans of celebrating so invigoratingly but the fact that he saw a woman giving him a double bird infuriated him and he made sure that his words echoed through the stands for ages to come. He said, “Sometimes you black out. In a good way. I’ve definitely blacked out from a concussion, which isn’t a good way. … I looked up in the stands and in the front row all I saw was a woman giving me the double-bird, so I’m not sure exactly what came out of my mouth next.”

The Packers and the Bears will be going toe-to-toe again when the two teams meet at Lambeau Field in Green Bay. Despite the fact that Rodgers will be back home in the second leg clash, it is needless to say that the tensions will be flying sky high amongst the two teams. The Green Bay Packers emerged as the victors in yesterday’s clash, thanks to an impeccable showdown from Rodgers that set the tone of the game.