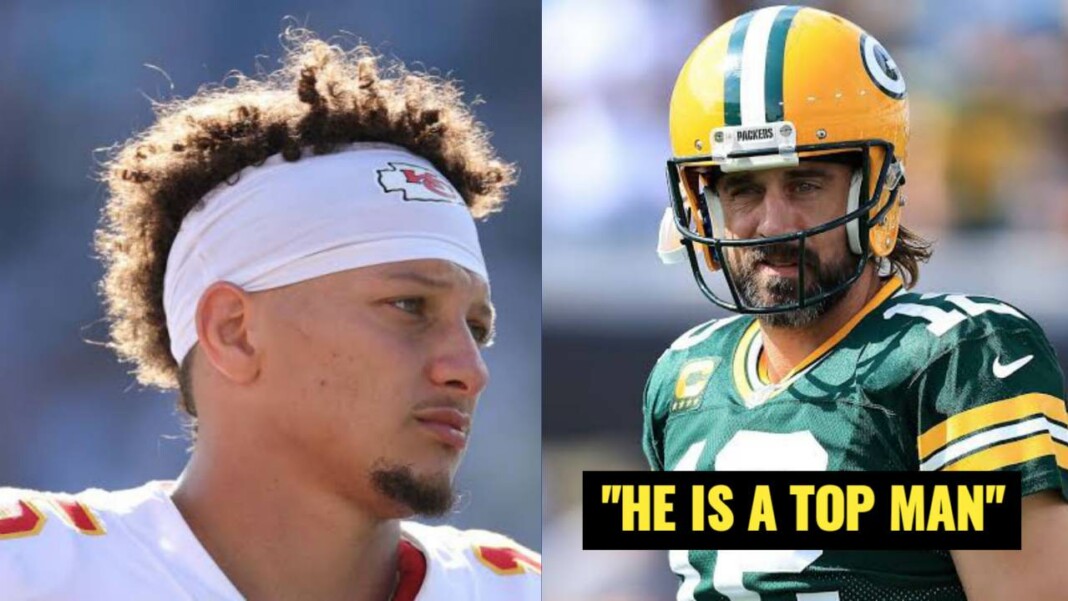 ​They say that irrespective of the contest, trash-talking is like an integral part of sports and​​ it intensifies the contest ahead of any important encounter. Sunday night football will play host to an important clash between Kansas City Chiefs and Green Bay Packers where both sides are savouring contrasting fortunes.

The Packers surged past an undefeated Cardinals in the last week, thanks to an extraordinary showdown from Aaron Rodgers who will miss the clash after he tested positive for Covid 19. Kansas City Chiefs had a fortunate escape against the New York Giants, a victory that had verdicts of cracks being papered over instead of a triumphant showdown.

This is what Aaron Rodgers had to say about Patrick Mahomes

The Chiefs haven’t really had a few smiles with their star quarterback, Patrick Mahomes and Rodgers passed an imperative verdict about the struggling signal-caller. Rodgers said that these struggles are absolutely normal occurrences and an athlete knows how to turn things around.

Ahead of the important clash against the Chiefs, Rodgers opened up about Mahomes. The latter had a disgruntled start to the season with only 10 interceptions so far but the worse part is that his contributions to the exploits of Chiefs have been exceptionally limited this season. Kansas is playing out a consistent duel with the Broncos to avert the final spot of AFC West.

Rodgers said on the Pat McAfee show, “When it comes to Pat, I’m not worried about him. And I don’t think anybody really should be worried about him. When you’re a transcendent talent like that, it’s only a matter of time (before you struggle).”

The Packers’ quarterback was also heard quoting that the flak and the criticisms about Mahomes were rooted in the heightened sense of expectations that have been strapped onto him. Rodgers also explained very nicely, stating that replicating success year after year is a challenge that is hardly achieved consistently in sports.

Rodgers concluded by saying, “The most difficult thing is sustained greatness, I think in any sport. There’s an idea of plateauing at your peak and being able to sustain an incredibly high level of play that puts you in the upper echelon. And I believe that’s Pat’s destiny.”