by Shubham Bhargava
in Dallas Cowboys 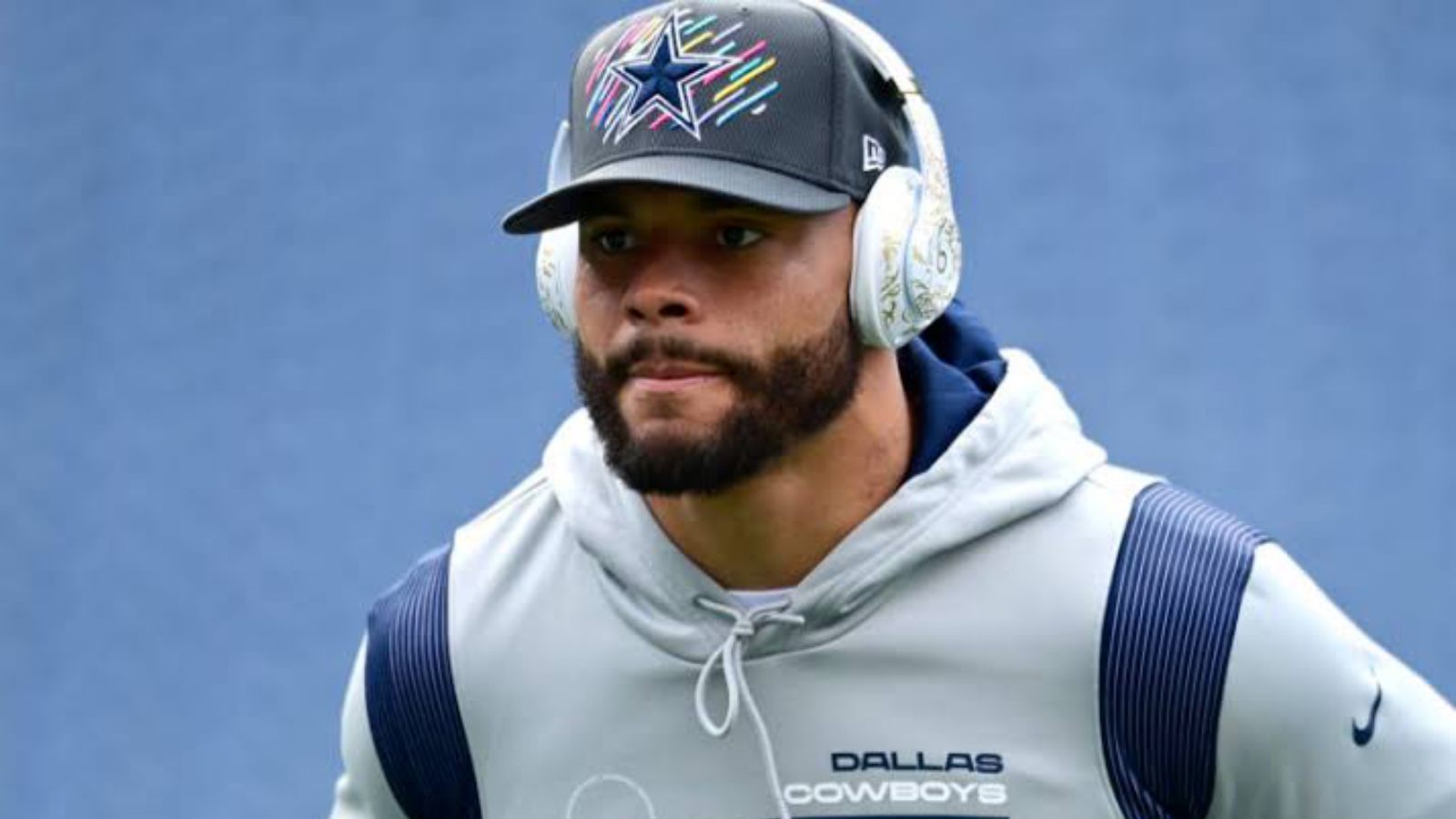 Dak Prescott is a name to reckon with in the world of American football. The star player made a name for himself in college football when he delivered impressive performances for the Mississippi State Bulldogs. Post that, the Louisiana-born quarterback was drafted into the Dallas Cowboys unit back in 2016.

Set to serve as a backup in his rookie season, Dak got the opportunity on the big stage after starting quarterback Tony Romo suffered a vertebral compression fracture during the first quarter of the Cowboys’ Week 3 preseason game against the Seattle Seahawks. As a result, Prescott was named the Cowboys starter for the beginning of the 2016 season, and the rest, as they say, is history.

Dak Prescott has established himself on the biggest stage in some style and as a result, he earns a fortune from his NFL side. Dak extended his contract with the Cowboys in 2021 for which he is set to receive a whopping $160 million, including a $66 million signing bonus.

As per Sportskeeda, Dak Prescott’s net worth amounts to over $42 million. He became the second-highest-paid quarterback in the NFL after extending his contract with the Cowboys. In addition to this, Dak has a plethora of endorsement deals in his kitty which adds greatly to his overall wealth.

When you are as big as Dak Prescott, it is evident that you will be chased down by a number of globally renowned brands. The star quarterback is associated with various international brands like AT&T, Beats by Dre, Campbell’s Chunky Soup, Adidas, Direct TV, 7-Eleven, Sleep Number, Oikos, Pepsi, Citibank, and New Era. As per reports, Dak earns around $50 million from endorsements only.

Does Dak Prescott have any charities?

Dak has also put a big chunk of his money toward philanthropic efforts. In honor of Dak’s Mom, Peggy, Dak set up the Faith, Fight, Finish Foundation. “The Foundation was created to support families and communities and invest in the future of our youth,” Dak had stated when he started the foundation.

The foundation works towards empowering individuals, families, and communities to strengthen them during tough times.  The foundation focuses on fighting cancer and offers assistance to those facing life-altering challenges. Dak has helped innumerable people through this foundation.

Dak Prescott, as expected, lives in a luxurious mansion worth around $3.3 million. The 9,000-square foot home is spread across seven acres of land and features an indoor “sports simulator theater”, a state-of-the-art game room, and expansive outdoor areas with a magnificent pool.

Dak Prescott is not married as of now. He is currently dating renowned Instagram model Natalie Buffett. There is not a lot of information about where the two stars met. However, the world got to know about their blossoming love in 2020 when they made their relationship public.

Q. How much is Dak Prescott’s net worth?

Q. Where is Dak Prescott’s house?

Q. Does Dak Prescott has charities?

Yes, Dak Prescott runs the Faith, Fight, Finish Foundation which he started in his mother’s memory.

Q. What is Dak Prescott’s age?

Dak Prescott is not married. He is dating Natalie Buffet.

Q. How many Super Bowl rings does Dak Prescott have?