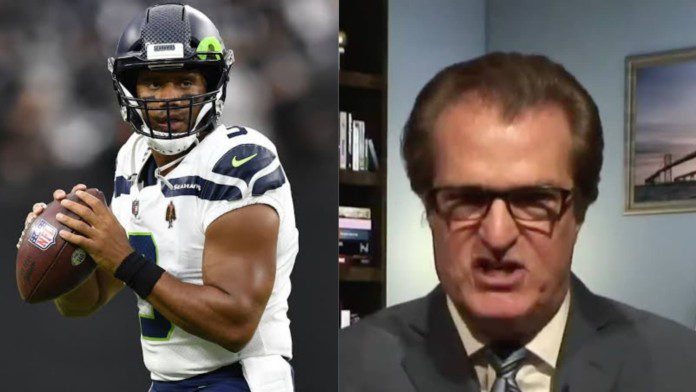 As we celebrate 25 years of Mel Kiper’s infamous war with Bill Tobins that showered the limelight on NFL draft once and for all, the 35-year-long glittering antiquity of Kiper has brought countless hits.

However, even God isn’t perfect and Kiper out of all isn’t God. Hence, mistakes were made, predictions were way off the bull’s eye and Kiper didn’t really get his craft in place for quite a few times.

Being an NFL draft analyst for a staggering 35 years, the expertise that Kiper brings along with himself to the table is fascintaing and absolutely unputdownable. However, with all said and done, this story will celebrate the rare misses of Kiper in his glamorous career.

Quoting about Wilson, Kiper was vociferously vocal about his skepticism. He quoted, “I think he’ll have a Seneca Wallace-type career where you can bring him off the bench and he’ll add a spark.” Let’s take you quickly through the panoply of success that Wilson piled in his glittering career so far. He was drafted in the third round by Seattle Seahawks, has been tagged to seven Super Bowls, winning one of them.

Once again Kiper wasn’t sure about Sherman’s credentials. He cited, “Just an average fifth-round pick, in my opinion.” It seems that the Seahawks had a particular habit of proving Kiper wrong and once again Sherman was blazing brighter than a lodestar. Drafted from Stanford in the fifth round in 2011, Sherman has been tagged to the Pro Bowl five times and has been included in the first team of All-Pro three times. He aced the list of NFL interceptions in 2013 that proved to be instrumental in the Seahawks winning their first Super Bowl.

Let’s just say that we are going to club these two players together to underline the howler made by Kiper through an exceptional comparison that shouldn’t have happened at all. Kiper quoted, “I think when you look at Carr and Harrington, three or four years down the road, you’re not going to call any one of these two players a bust or a disappointment.” Sadly, both of them were reduced to mere bench-warmers.

Wadsworth was an all-American defensive end at Florida State, was written in golden letters in Kiper’s book. Even things went to such an extent, Kiper showed the outrageous audacity of comparing Wadsworth to Bruce Almighty rather Bruce Smith, the Buffalo Bills icon and the NFL’s all-time sack leader. He quoted, “Andre Wadsworth could be the next Bruce Smith. I compare (him) to Smith in terms of his natural instincts and athleticism, getting after the quarterback.” Sadly, Wadsworth could only play three seasons and all he could rack up in his career were eight sacks.

Kiper Jr. heaped countless praises on Mike Williams, the all-American receiver from USC whom the Lions grabbed as the 10th overall. He quoted to ESPN analyst, Merril Hoge, “I’ll see you at (Williams’) Hall of Fame induction.” Despite the late resurgence under Pete Carroll, he was one of Matt Milen’s biggest headaches. In 2005, all that Mike could manage were 37 passes for a paltry 449 yards and two touchdowns with Detroit.

Soham Raj Jain - May 19, 2022
Russian Grand Prix will not be replaced and will stay cancelled in the 2022 season, leading to only having 22 races. Sochi was announced...

Rapper Cardi B teams up with Normani to play a doubles...

Jayson Tatum hands over a map to lost PJ Tucker to...

Celtics star Marcus Smart reveals what he proved to the rest...

“KD will be remembered as the dude who left Steph Curry...

“He called Khloe a who**” Tristan Thompson reveals why he got...