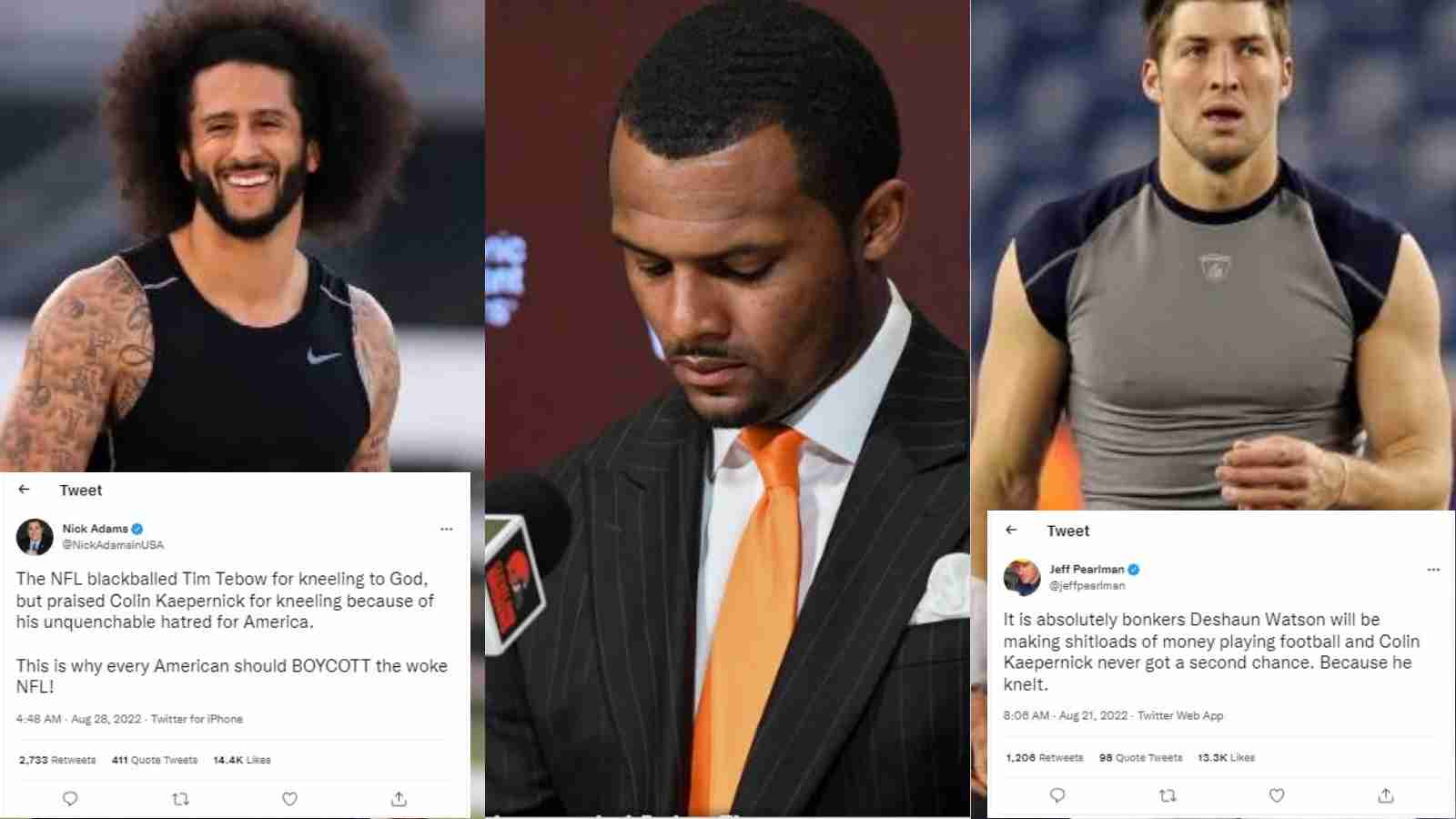 Every year for one reason or another NFL is the centre of controversy for its stand on various issues. From Tim Tebow kneeling to god, Colin Kaepernick taking a knee against police brutality, and now Deshaun Watson’s punishment for multiple allegations of sexual misconduct, the league has seen it all over the past few years. Each of these issues has lived in the NFL world’s minds for quite some time.

As controversial as all these actions have been the NFL’s response to each has been more controversial. The world has been divided ever since. Each time the NFL hands out a new punishment, the organization’s past actions are brought up and a new controversy erupts.

The most common precedent being talked about are NFL’s response to former Denver Broncos Quarterback Tim Tebow kneeling before and after games to pray which the internet termed “Tebowing” and turned into a trend. The next instance Twitter chirps about is the NFL’s blackballing of former San Francisco 49ers Quarterback Colin Kaepernick.

The latest reason for Twitter to bring this all up is the perceived light punishment handed out to former Houston Texan and now Cleveland Browns Quarterback Deshaun Watson after nearly two dozen allegations were levelled against him.

NFL Twitter has been passionately debating all the perceived mistreatment of Kaepernick as believed by some while others believe that Tebow was the one who was mistreated while these are years old the Watson saga is a fresh one and the world is not happy about it too. Battle lines have been drawn and barbed words have been traded on each of these topics have fought to prove their points and many of the debaters have called for a boycott of the NFL. While the boycott seems unlikely the heated debate on Twitter continues-

The debate rages on with no end in sight. For now, it doesn’t make any difference to the NFL or help Kaepernick or Tebow.