NFL has a knack for producing entertaining games, one after the other. Top stars battle their hearts out in order to give their absolute best. However, along with the high-octane action, there is something more that makes the competition even more entertaining.

When the supremely talented stars deliver astonishing action on the field, the crowd is bound to go berserk. Although, there are others as well apart from the players who get a lot of love from the spectators. We are talking about the cheerleaders who add a pinch of glamour to the competition.

With the spirit of Halloween echoing around the world, a plethora of costumes went viral this year. Even in the stadiums, many fans dress up as different characters to have the optimum amount of fun. Moreover, wearing a cheerleader’s costume is also not uncommon when Halloween is around the corner.

We are referring to the two women from the Today show who went to the game wearing the Dallas cheerleaders’ costume. Morning show hosts Savannah Guthrie and Jenna Bush Hager went as Dallas Cowboys cheerleaders in honor of the outfit’s 60th anniversary this year.

As soon as the images of the two cheerleaders wearing the costume went viral, fans flooded the comment section with many praising the wonderful gesture. It would be fair to say that Savannah and Jenna have really got into the spirit of Halloween. 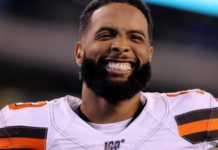 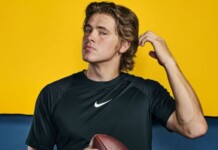 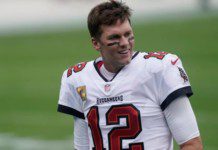