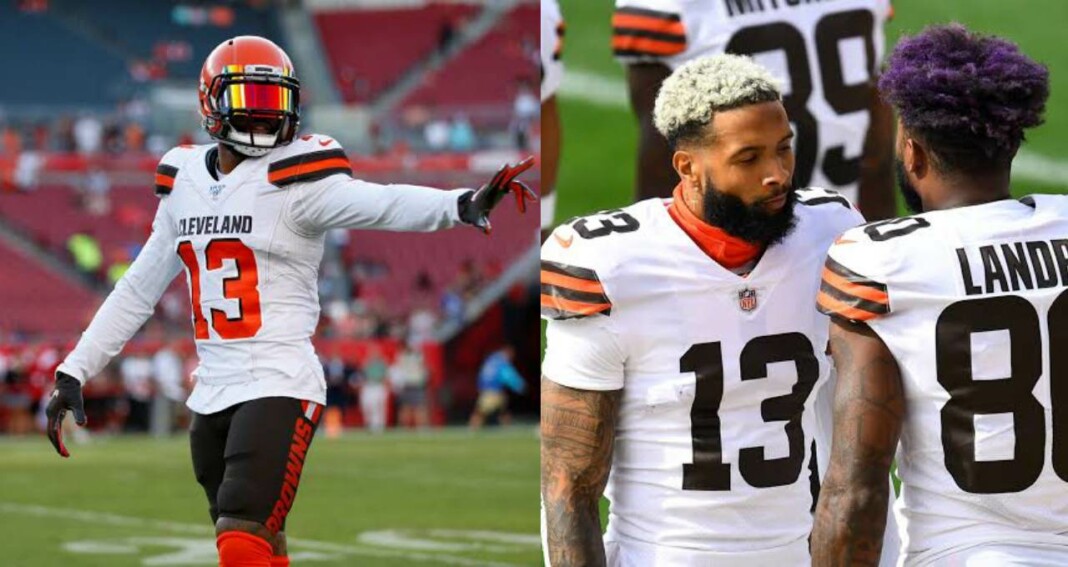 Odell Beckham’s soured relationship with Cleveland Browns and their quarterback, Baker Mayfield led to fallout and finally the emancipation of OBJ from the Cleveland franchise, even though it came a couple of days late from the trade. Odell came at a hefty cost as the Browns sent two draft picks and safety, Jabrill Peppers but the chemistry between Odell and Baker Mayfield failed to strike the right chord.

Browns’ wide receiver, Jarvis Landry who has been feeling the heat from the fiasco opened up on Twitter and left a wholesome message for Odell Beckham Jr. Cleveland Browns was not the first destination for the pair of Landry and Beckham as they initially paired for three months at the LSU. Landry quoted that Odell Beckham Jr is the best teammate that he has ever played with.

Despite all the chaos that surrounds Odell of being an egomaniac, Landry chimed in with his own set of opinions that showed a completely contrasting side of the former Browns WR. In fact, when OBJ came to the Browns from the New York Giants, his teammates at the Giants heaped praises on the ebullient Beckham.

Wide receiver Sterling Shepard quoted that he was loved within the franchise while running back, Saquon Barkley alluded to him as the big brother. In fact, Browns safety John Johnson voiced his opinion quoting that most people in the Browns franchise didn’t want Beckham to leave.

No matter what is said now, the decisions have been made and Beckham will be heading towards the third team of his career while the three-time Pro Bowler will have to watch from afar how Cleveland Browns make amends. Sparks have been flying lately after Beckham’s father took to Instagram to post a video of Baker Mayfield, throwing haywire passes from open play.

Also read: “Flash” Cordarelle Patterson Won Over The Internet With This Wholesome Statement