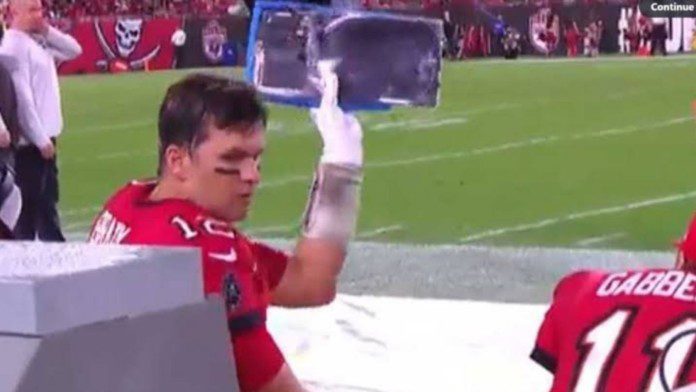 Tom Brady’s struggles against the New Orleans Saints continued in their latest encounter as his side Tampa Bay Buccaneers lost the match 9-0. It was one of the worst performances from the legendary quarterback as he failed to inspire his side for the majority of the match.

The aberration in his performance was such that he was shut out completely after 15 years, and more than the outing on the pitch, what he did later grabbed more headlines. Tom Brady became salty after the defeat and firstly making an obscene gesture to the Saints coach and then throwing aaway a Microsoft tablet away in rage on the bench.

The last time Brady was shut-out came way back in 2006, and from then on the streak of not being shunned out started which finished yesterday at 255 matches. The 2006 shutout came against the Miami Dolphins, who defeated Brady’s New England Patriots 21-0.

While sitting on the bench, the quarterback took up a couple of tablets and threw them away angrily with force, even prompting the commentators to notice his frustrations. The on air commentators quipped, “Those Microsoft tablets have taken quite a beating today.”

Tom Brady missed out on a record as well, after being shut out by the Saints after 255 his personal streak of 255 matches without having been done so.

Twitter did not fail to remind Brady of his fitting rage, as fans posted all sorts of memes and comments on the tablet throwing incident. Some fans even called that it was the best throw Tom Brady had made throughout the match. 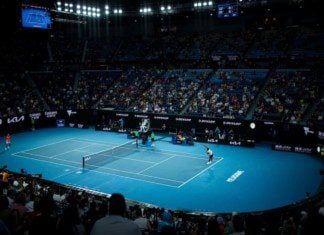 Sarthak Shitole - January 18, 2022
The Australian Open 2022 will be the first Grand Slam of the season and tennis fans are delighted to catch Grand Slam action once...