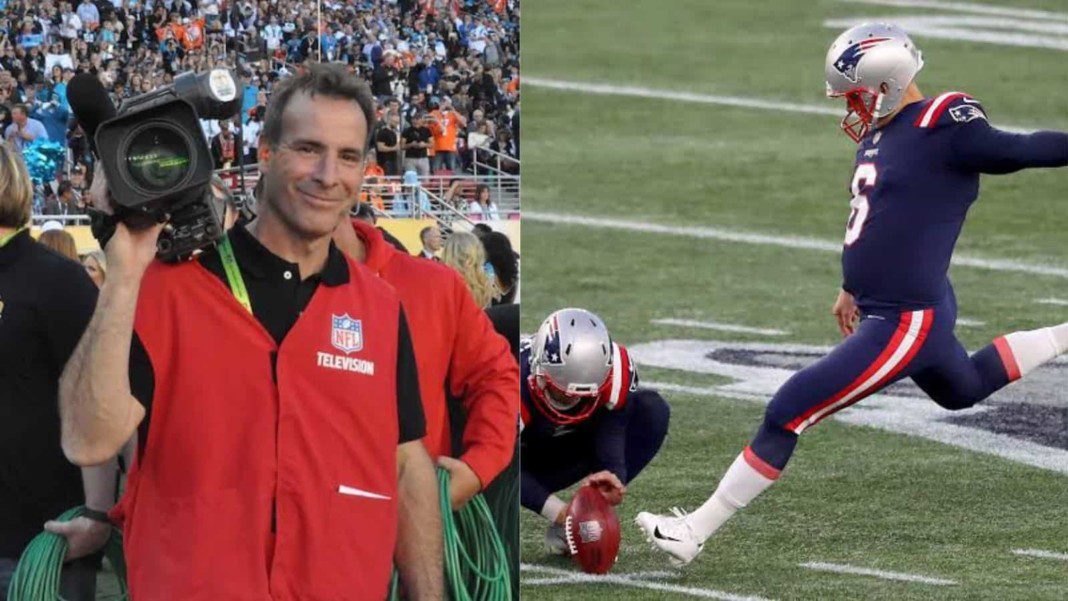 They say that greatness comes at a price and you ought to be shelling out a fortune if you want a part in that. FOX veteran and hall of famer, Don Cornelli copped a substantial hit on the head after Nick Folk’s scorching belter against the Atlanta Falcons. The New England Patriots humiliated the Falcons in the most tormenting ways as they walked away with a 25-0 victory.

In the lopsided domination of the Patriots, there wasn’t much to be thrilled about unless Nick Folk added another highlight of the fact why Cornelli is one of the best in the business. During the fourth quarter of the game, Patriots kicker, Nick Folk attempted a 53-yard field goal to drag their lead to an overwhelming 16-0.

This is what Troy Aikman had to say about Don Cornelli

That was a screaming kick and the resultant ball smacked Don Cornelli in the head while he tried to adjust his camera to get a perfect angle of the ball. Commentator Troy Aikman summed up the brilliance of the moment with a poetic expression. He cited, “[Cornelli] has a way of always being in the right spot.”

However, that statement by no means justified the impact of the hit that Cornelli took to the head. It was one hammering enterprise from Nick Folk and a menacing impact on the head of Cornelli. The Falcons were outclassed, outran and outgunned by a soaring Patriots in a completely lopsided encounter where the former kept on chasing shadows.

The Patriots would just concede 165 yards on 52 plays by the Falcons and compelled four interceptions between Ryan, Josh Rosen and Feliepe Franks. Folks belted out an impeccable showdown as he bagged a perfect four-on-four in his attempts with his longest strike being the one that once again reminded the world of how incredible Cornelli has been through his life.