Watch: How A Fight Amongst Carolina Panthers And Minnesota Vikings Fans Sparked Some Serious Reactions On Twitter 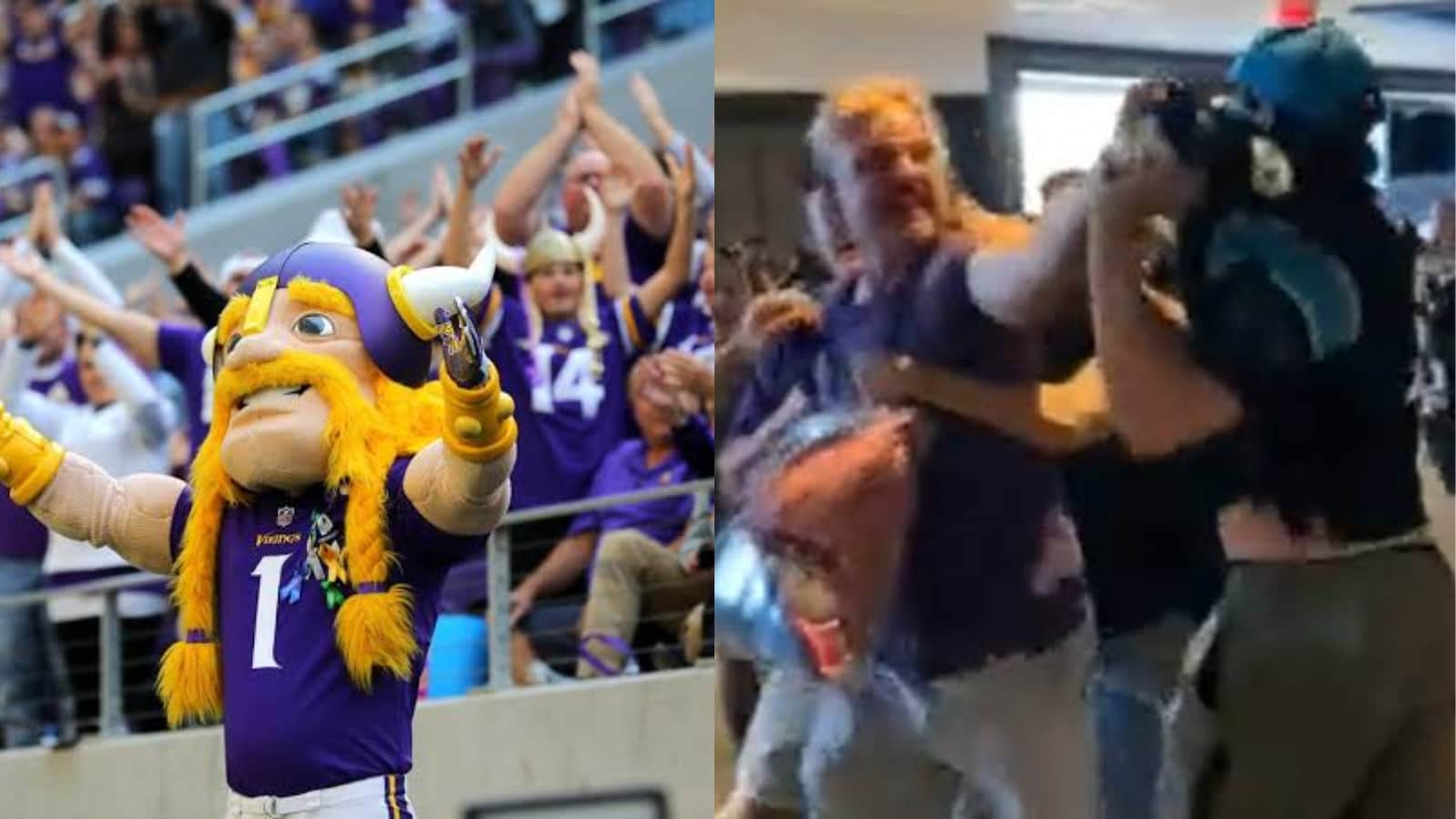 We have always seen how fans get edgy when they are continuously harrowed by their counterparts in the stands. At times it takes an extremely hideous turn as the two outfits cross swords or literally lock horns with each other outside the stadium, in this case inside it. What started off as a verbal altercation between a Minnesota and a Carolina fan in the stands took the shape of a nasty fisticuff outside the stands and then there was a knock-out.

Sadly, for the world, they have been so consumed by the fight outside the stands between the two fans, that the video of the fight has garnered over 1 million views on Twitter after it went viral. The man who recorded the entire battle was known by the name of Eli Jones. He shared a brief insight about the fight and according to him, the war began in the stand itself, it is just that the medium of the war changed.

The brawl between Carolina Panthers and Minnesota Vikings’ fans

The two fans exchanged some unceremonious unpleasantries in the very stands itself during the game. Ideally, these heated moments are supposed to be dead inside the stands. However, this went a mile ahead but this one was special. Jones was heard quoting, “People were basically holding them back in the stands.”

It shouldn’t have gone down this way had Panthers managed to secure a victory after an exciting tie in the regulation four quarters. In the overtime, the Vikings had their way as they secured a 34-28 win and that most likely tipped off the Carolina fan. Jones said that the male Panthers fan waited in the entrance tunnels and apparently had managed to garner some company to support his bizarre cause.

From the sight of it, it was kind of discernible that what was exactly to unfold after the tempers started flaring. The brawl, however, was started by a female Panthers fan as she slapped the Vikings fan while he was coming out and immediately a brawl ensued. In the video that was posted, the Vikings fan was held down by others while he was punched in the face that knocked him out. Sadly, a woman tried to confront the Panthers fan but she was knocked out in the process too.

Jones was heard saying, “I thought it was pretty crazy. I’ve been going to Panthers games since I was a little kid, and I’ve seen a ton of fights, but never anything like this.” From the look of it was downright nasty and this kind of behaviour is totally unacceptable. The fact that people were knocked out in a brawl amongst the fans cannot be tolerated. One needs to know the line of demarcation between rivalry and enmity. Twitter was disgusted and at the same time managed to eke out comic relief out of this whole fiasco.