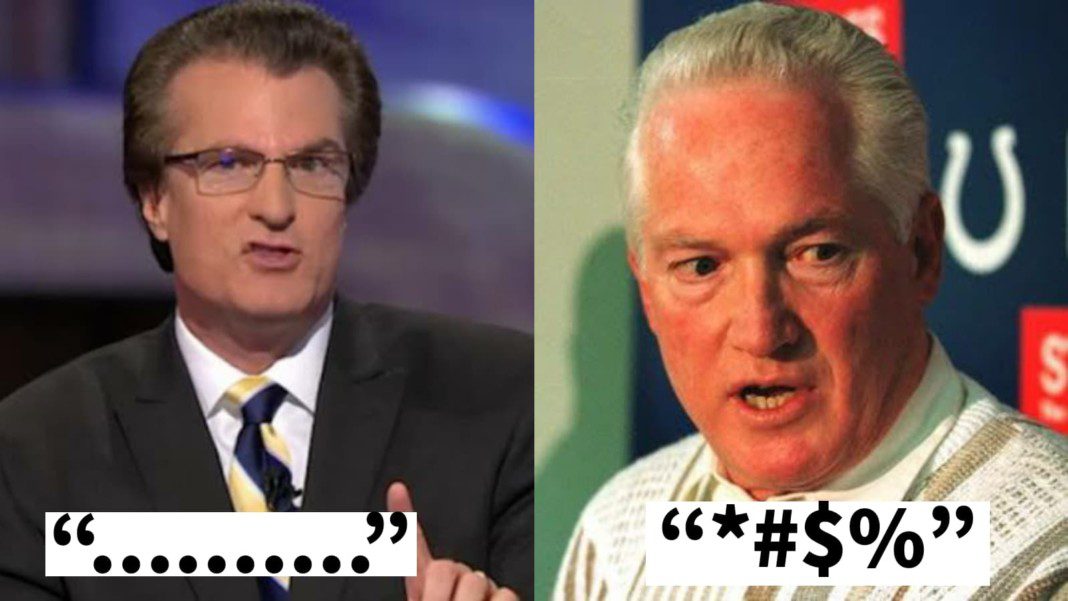 Yesterday marked the 25th year of the most bizarre incident that set ablaze the NFL draft. Heard the name, Mel Kiper? It was 25 years from now that the Indianapolis Colts general manager, Bill Tobin used the infamous phrase during live TV rancour with Draft analyst, Mel Kiper. The war of words that ensued thereafter became the Draft-Talk of the town.

Kiper is known to be an eminent draft analyst who shared undaunted love for pumpkin pie, hair products and everything that came along with a spoon of Baltimore poured in it. However, in 1994, Kiper didn’t have the fame that he now has and Indiana’s GM was absolutely not fond of an unheralded analyst who would say otherwise than what the Colts had to pick.

A glimpse into the feud between Mel Kiper and Bill Tobin

The drama revolved around what the Colts should have done with their first two rounds pick. The Colts racked up the No 2 overall pick and the no. 7 overall pick after handing out starting quarterback, Jeff George to the Atlanta Falcons. With George out of the equation and only Jim Harbaugh remaining on the roster, Kiper believed that the Colts should draft a quarterback that should either be Heath Shuler or Trent Dilfer.

Tobin however, had a few aces up his sleeves. He chose the future hall of famer, Marshall Faulk with the team’s first-round pick. Kiper wasn’t really approving of this weird move and quoted that the Colts should have focused on plugging the gap in the position of their quarterback. The surprise, however, was just around the corner as three picks later, with Shuler taken off the shelves, Indianapolis traded the number 5 pick.

Going by the expectations, it was almost certain that the Colts were going to zero in on all their focus around Dilfer. However, they went for the Nebraska linebacker, Trev Alberts with the pick, that made Kiper go ballistic. Kiper quoted to host Chris Berman, “I think it was a typical Colts move. The Colts needed a quarterback. To pass up a Trent Dilfer when all you have is Jim Harbaugh — give me a break. That’s why the Colts are picking second every year in the draft and not battling for the Super Bowl like other clubs in the National Football League.”

The fight took a monstrous shape when ESPN reporter Chris Mortensen sought Tobin’s response to Kiper’s criticism post the draft. He quoted, “Who in the hell is Mel Kiper anyway?” Here’s a guy that criticizes everybody, whoever they take. He’s got the answers to who you should take and who you shouldn’t take. And my knowledge of him: he’s never ever put on a jock strap, he’s never been a coach, he’s never been a scout, he’s been an administrator and all of a sudden he’s an expert.”

Kiper listened to the entire rant off-screen. Tobin continued, “We don’t have to take anyone Mel Kiper says we have to take. Mel Kiper has no more credentials to do what he’s doing than my neighbor, and my neighbor’s a postman, and he doesn’t even have season tickets to the NFL.”

Underlining the brilliance of Tobin’s acumen, Faulk was impeccable as he played a staggering five seasons before being traded out to the St. Louis Rams. In turn of him they were gifted linebacker Mike Peterson and defensive end Brad Scioli. Sadly, the move for Alberts that happened instead of Dilfer got them nothing as the former would only rack up a solitary sack in three years. Going by the latter fortunes of Kiper and Tobin, the former is in his 35th season with ESPN while the latter was shown the door in 1997 by the Colts after a win-loss form of 3-13.

Also read: Stephen A Smith Believes That The New England Patriots Are The…