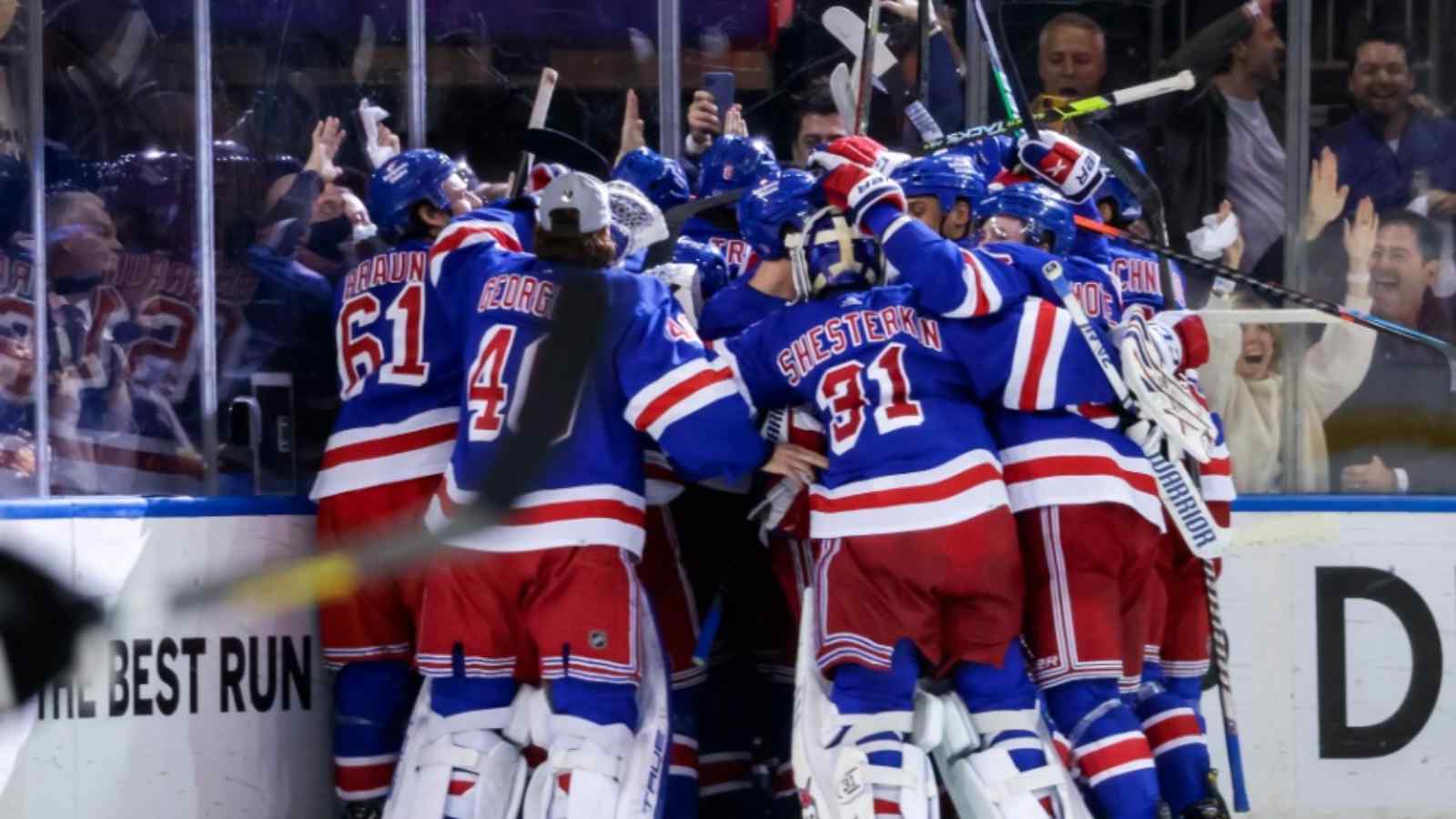 The last time the Rangers won a playoff was in 2017, both Chris Kreider and Mika Zibanejad were part of the team and greatly contributed in the last couple of games to help the Rangers to a 7 game ousting of the Penguins with a 4-3 OT victory Sunday night at Garden. It was Mika Zibanejad who netted the game-tying goal late in the 3rd period and further assisted on Artemi Panarin’s OT winner on the power play and finished the series with 3 goals and 7 points.

Mika Zibanejad later commented, “Like I’ve been repeating like everyone’s been repeating, we didn’t want the season to end”. “This has been our team all year. No matter how the game goes, we stick together and we work and we know what we have in that locker room.” He further went on to say, “We said before the third we didn’t have anything to save it for. Doing the little things to try to advance pucks and try to win the one-on-one battles that’s what we talked about. Obviously, the intensity level and a little bit of desperation kick in when the clock starts winding down.”

The New York Rangers overpowered the 2 goals deficits to win each of the previous 2 games after lagging behind 3-1 in the open series, as stated by nypost.com. The Rangers had trailed much of the 3rd period after Pittsburg Penguins Evan Rodrigues has tallied a shorthanded goal in the last second. With 5:45 left in the 3rd period, Mika shot a loose puck past Penguins goalie Tristan Jarry. Rangers head coach Gerad Gallant said, “He’s been our best two-way player all year, and he finds a puck in the slot, and as we all know, he knows where that corner is”.

Mika Zibanejad has been part of the Rangers since his draft in 2016 from Ottawa’s trade and further signed an 8-year contract extension with the Rangers worth $68 million in 2021. The Ranger’s center admitted that the atmosphere after the win was anything he had ever experienced before after he assisted on Panarin’s OT win. Mika further added, “It’s crazy. I don’t think I’ve heard this building louder than that”. “People have been talking about Game 7 here and the crowd was unreal tonight. … Being back in the playoffs here was something I was looking forward to and with the team that we have, it’s incredible.”

Also Read| “Really important to me” – Shane Wright confident of being No. 1 pick by Montreal Canadiens in 2022 NHL Draft