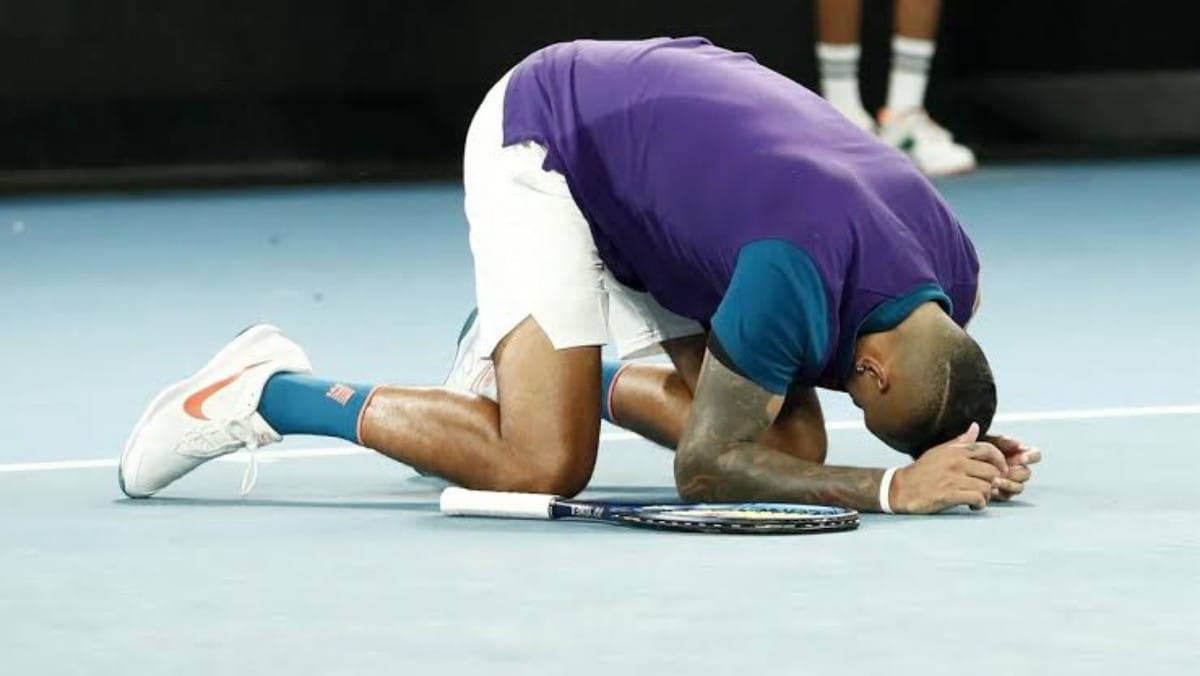 A former sports journalist has compared the fans of Nick Kyrgios to Donald Trump’s supporters and it is making the rounds in social media. Alan Atwood, who covered the sport for Facebook, attended Kyrgios’ third-round match at John Cain Arena with his wife but left early because of what he described as an “ugly and embarrassing crowd”.

“Never before had I been among such a toxic crowd,” Atwood wrote. “Who’s to blame? Kyrgios himself and his mostly male supporters, whom I’ll call Nickheads. Also Open organisers, for pandering to them.”

“It reminded me of Donald Trump’s mob,” Atwood added. “And just as Trump lost control, so did Kyrgios, who took his fans to peak delirium when he clinched the second set with an underarm serve. But later, when the match started to swing against him, he turned on one especially voluble Nickhead. He urged the umpire to assert himself more as if – again like Trump – he wasn’t the one to blame.”

Journalist Osman Faruqi labelled the paragraph comparing Kyrgios and Trump as “one of the worst things published in this country”.

“This country does its best to destroy people the white establishment don’t like, and then acts surprised when they get angry at their treatment,” he tweeted. “Gaslighting on a national scale.”

“This bloke drowned in both his dribble and tears as he sooked off into the night,” added veteran sports journo Anthony Sharwood. “Comparing Kyrgios fans to the Trump mob was despicable and unwarranted … incredibly poor story.”

“This only entrenches the belief Kyrgios and the atmosphere he creates are not for the cucumber sandwich tennis club set (who are fully entitled to watch in the way they want),” responded Richard Hinds. “Surely a place in the game for both?”

Nick Kyrgios was defeated by Dominic Thiem in the match that is of concern over here. Kyrgios’ doubles campaign also came to an end earlier this week after him and Thanasi Kokkinakis lost in the second round to Wesley Koolhof and Lukazs Kubot.