The number three-ranked UFC Heavyweight fighter Curtis Blaydes faced a TKO loss against Derrick Lewis at his last fight in February. Lewis ended the four-fight win streak of Blaydes with this fight.

Curtis Blaydes had a good first round in the fight but ‘Black Beast’ knocked him out with a devastating punch in the second round. Now Blaydes is left to pick up the pieces and reflect on a missed opportunity against “Black Beast.”

In one of his latest interviews with LowKick MMA, Blaydes says, “First round, I won it hands down, I was faster, I was early. I was touching him up with calf kick, jabs, elbows, and knees. We were doing what we had discussed, and everything was going great.”

“The next round, sometimes when I get aggressive and I’m hunting the takedown, I forget everything else and I just go into takedown mode. That’s where he got me. I put my head down there and ate an uppercut,”

“Lessons were learned and I wanna grow. I have already grown mentally, and I think physically the skills are going to continue to grow. I don’t know if we are going to get the rematch because I know Derrick is a little older and he doesn’t really seem like the type of guy who’s going to be around four or five years from now.”

Razor Blaydes is still one of the leading prospects of the UFC Heavyweight title and he believes that if he ever fought again with Derrick Lewis the result of the rematch is going to be different.

Blaydes added, “I’m not too worried about it. He was the better fighter that night, But, in no way do I think he is better than me. Nine out of ten times I think I smash him. I think, he just got me you know.” 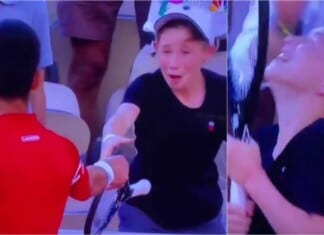 Sanchit Chandalia - June 13, 2021
Seth Rollins currently appears as an all-out Heel on WWE Smackdown. The Savior of Smackdown currently justifies all his factions by claiming them to...